The Central Bureau of Investigation (CBI) on Saturday registered an FIR for allegedly committing fraud in the names of the President of India, Ex-Chief Justice of India and Union Ministers. 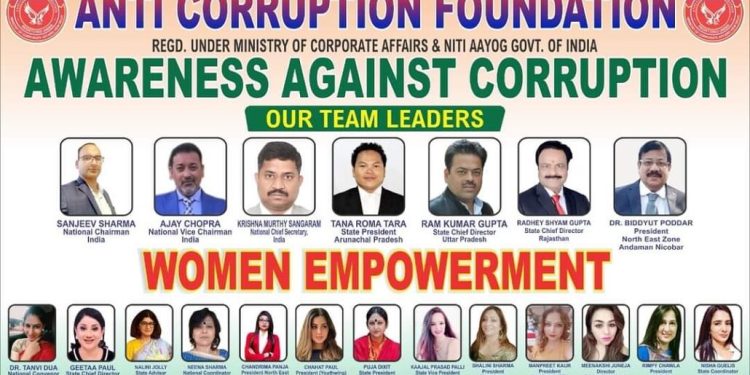 According to the FIR, a complaint was received through the Central Vigilance Commission portal, and the matter was then taken up for enquiry.

In the enquiry, it was revealed that during the year 2017-2018, Reningston Sales and R.Vincent Raju conspired together and opened a Zonal Office of the Anti-Corruption and Anti-Crime Wing of India (ACAC Wing of India) in Chennai.

They purportedly showed an address in the national capital as their Head Office, which is found to be fictitious. They also unauthorisedly showed R.M.Lodha, Ex-Chief Justice of India, as National President of ACAC Wing of India.

It is further revealed that in the pursuance of the criminal conspiracy to show that the ACAC Wing of India was a reputed organisation, they fraudulently and dishonestly printed the letterheads, rubber stamps, identity cards and visiting cards of the ACAC Wing of India by mentioning “Central Vigilance Commission Recognised” with the country’s National Emblem.

They also forged the letter purportedly issued by Minister for State Dr Jitendra Singh, PMO and Department of Personnel & Training (DoPT), Government of India, intimating all the Chief Secretaries of the state governments about the appointment of Lodha as the President of ACAC Wing of India, as per the FIR.

It is also revealed that the accused persons dishonestly used the forged letter purportedly issued by the President of India Ram Nath Kovind addressed to R.M.Lodha, congratulating him for accepting the position of National President of Anti-Corruption and Anti Crime Wing of India.

They also used the forged certificate in the Anti-Corruption and Anti-Crime Wing of India, including the registration, marks purportedly issued by the Trade Marks Registry, Mumbai and a Certificate of Registration by the Inspector General of Registration in Tamil Nadu.

After that, they recruited the general public as the Members and Office Bearers for the ACAC Wing of India instead of the Membership fee. They showed the aforesaid forged documents and made the people believe it to be a reputed organisation.

In the pursuance of the same, they collected around Rs 25 lakh, ranging from Rs 1,000 to Rs 1,00,000 per membership/officer bearer fees and deposited the same in the current account.

Subsequently, they fraudulently and dishonestly used the proceeds to the tune of Rs 10,75,044 for personal use by withdrawing the same from the said bank account. However, a senior CBI official said that FIR had been registered and a detailed probe into the matter had been ordered. “The accused persons will be arrested soon,” the official said.