"A huge concern is press freedom. Journalists disappear frequently, there are frequent campaigns of cyber harassment online," Garicano said in a list of EU concerns with Pakistan. 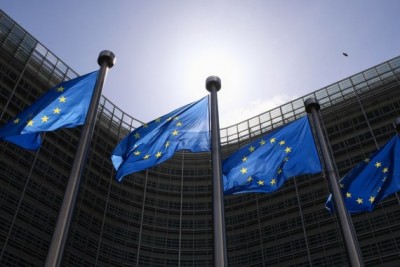 New Delhi, (IANS) The European Union is concerned about the deteriorating human rights situation in Pakistan, which is putting the continuation of its preferred trade status into question.
EU Parliament Member Luis Garicano explained the concerns over human rights issues in Pakistan following a visit to the country in a series of tweets. Garicano is a Spanish economist and politician who is a Member of the European Parliament (MEP) from Spain since 2019.
“The @EUParl is very concerned about the deteriorating human rights situation, which puts into question the continuation of the preferred trade status of the country (GSP+),” Garicano said.
Europe has nil trade tariffs for many Pakistani goods (GSP+) in exchange for implementing 27 human rights conventions. Pakistan exports 31 per cent of all exports to EU. The status expires in December 2023 and is now up for revision.
“The European delegation wanted to ensure that the human rights part of the deal advances. Only with respect to human rights can Pakistan prosper, extremism be defeated and the country attain the level of progress it deserves,” Garicano added.
He said that blasphemy laws are abused to hurt the minorities in Pakistan.
“Blasphemy laws are abused to keep minorities on the defensive – any mistake can result in years in prison after a false accusation of blasphemy,” he said.
“The civil rights of minorities are constantly under attack. The Ahmedi minority, for instance, is de facto excluded from voting and representation, as they must renounce their faith to vote,” he added. Garicano also cited concerns over women’s rights.
“There are huge concerns about forced marriages of young girls, often after forced conversion. Since Islam punishes apostasy with death, once a girl is forced to convert, it is impossible for her to divorce and come back to her home,” he added.
“A huge concern is press freedom. Journalists disappear frequently, there are frequent campaigns of cyber harassment online,” Garicano said in a list of EU concerns with Pakistan.
Garicano said Pakistan should not take for granted its preferred status as there has has been no progress on these human rights issues and things are going backwards.
“Worst of all, there is no progress on these matters. In fact, things are going backwards in terms of journalistic freedom. Our message was clear: Pakistan should not take for granted its privileged trade status. EU has done its part, Pakistan must fulfil its own part,” he said.