In a letter to the chief minister in August last year, the Governor said he had sought information on the five editions. The last business summit was held in February 2019. 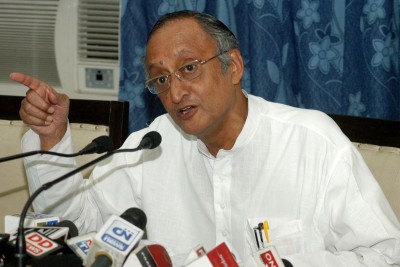 Kolkata, (Aryavarth) Former state finance minister and presently the chief financial advisor to the Chief Minister Mamata Banerjee, Amit Mitra lashed out at Governor Jagdeep Dhankhar alleging that he was ‘suffering from amnesia and needed help’. Mitra also doubted whether it was a case of ‘Machiavellian omission’.
Mitra’s outburst comes after Dhankhar asked the Mamata Banerjee government to come out with a white paper on Bengal Global Business Summit (BGBS) with details of investments attracted by the state through those programmes.
Mitra wrote on his Twitter handle — “Governor said on 9th of Nov at meet and Greet event as reported, “We have to ensure there is no room for conflict…no room for adversarial situation.. only one way, togetherness.” Very next day, he tweeted the opposite of these utterances, in a mode of all out conflict? Shocking!!!”
Mitra was referring to the Governor’s commitment to the Chief Minister a day before at a memorial function where he was also an invitee. At the meeting, Banerjee appealed to the Governor to help bring industry to the state. In response, the Governor welcomed the Chief Minister’s statement. “As the constitutional head, I will do whatever it takes for the overall development of the state,” he said. “West Bengal is on the path of progress. The efforts of the Hon’ble Chief Minister are to be commended for this,” he added.
A day later the Governor wrote: “I urge Mamata Banerjee to publish a white paper on BGBBS (World Bengal Industrial Conference) so that information and transparency can be maintained in all cases.” Asserting that the rule of law, respect for human rights and democratic values are imperative for investments, Dhankhar said much needs to be done on these fronts.
“It is our obligation that we subscribe to the sanctity of facts and not dictate actions by mere optics of advertisements and statements,” he said in the Twitter post.
“Hon Governor’s tweet on Business Summits is a classic case of Dr Jekyll & Mr Hyde. On 9th Nov he strongly supported CM’s plan of next Summit “I will leave nothing undone.. & “togetherness” & within 24 hours he tweets venom on Summits, by putting out a year-old letter to CM & FM, (me)!” Mitra wrote on his Twitter post.
“It is shocking that he seeks response when I had officially responded with a 4-page letter on Summits, giving data on investment offers UNDER IMPLEMENTATION, EMPLOYMENT generation etc, (read letter below). Is he suffering from Amnesia & needs help or is it a Machiavellian omission?” Mitra wrote.
The Mamata Banerjee administration has been organising BGBS since 2015 to attract investments to the state.
In a letter to the chief minister in August last year, the Governor said he had sought information on the five editions. The last business summit was held in February 2019.
The then finance minister Amit Mitra had claimed that the state had received proposals worth over Rs 12.32 lakh crore at the business summits between 2015 and 2019 and had generated 28 lakh jobs.
Dhankhar wrote that he had sought details of investments and jobs created in the state owing to the investment proposals and those claimed to be under implementation.
“Surely, their stance is far distanced from transparency in government and also not in consonance with your recent assertion that ‘Our government works with complete transparency and there are financial clearances and regular audits’,” he wrote in the letter dated August 25, 2020.