The police also the recovered Rs 2.21 lakhs worth of the looted cash along with the toy pistol, two mobile phones and amotorcycle used in the crime. 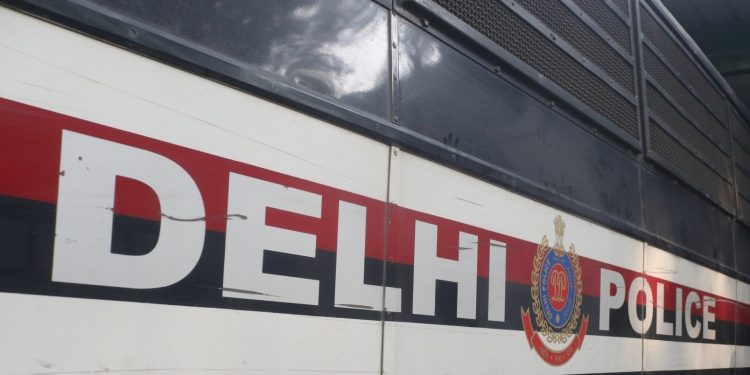 New Delhi, (Aryavrth) The Delhi Police on Wednesday said that it has solved a robbery case with the arrest of the four accused, who had looted cash over Rs 2 lakhs by using a toy pistol.

Atul Kumar Thakur, Deputy Commissioner of Police (DCP), South Delhi, said that the four accused arrested by a team from the Maidan Garhi police station have been identified as Pradeep aka PK, Sonu a.k.a Kalli, Neeraj a.k.a Chhota Mudda and insider informer Sanjeev.

The police also the recovered Rs 2.21 lakhs worth of the looted cash along with the toy pistol, two mobile phones and amotorcycle used in the crime.

The DCP said that the police received a call of robbery on Monday at 10.55 a.m.

“During the course of enquiry, complainant Ganesh Sahani stated that he was working in a cash collection company, Cash Management Services with its office at Mohan Estate Mathura Road Delhi. In his complaint he stated that he collected company cash worth Rs. 2.37 lakh from E.Com Exp. Company Saidulajab, Delhi and was going to Mehrauli on his motorcycle.

“But when he reached near DRAMZ restaurant, three accused on a motorcycle blocked his way, showed him a pistol and took away his cash bag and fled from the spot,” Thakur said.

A case was registered and a dedicated team was formed to nab the culprits, he said.

During the analysis of CCTV camera footages, it was revealed that three accused persons committed the robbery using a silver colour motorcycle having a fake number plate.

He said that one police team examined the complainant at length and also interrogated the workers of the company.

“As per the preliminary investigation, there was chances of an insider informant involved in the crime. After commission of the crime, it was revealed through analysis that the accused persons had changed their clothing and had come from Lal Kaun Pul Prahladpur area in Delhi,” the DCP said.

He said that four people were arrested on the basis of technical surveillance and human intelligence.