She will now appear before ED in three days on March 22 in an alleged money laundering case. 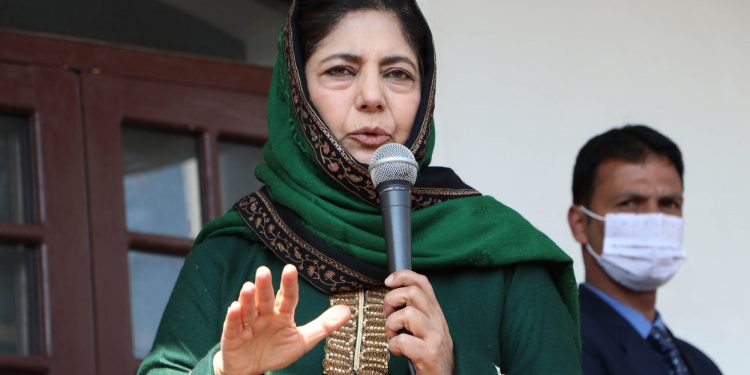 “We are not granting any relief,” a bench of Chief Justice D N Patel and Justice Jasmeet Singh said.

She will now appear before ED in three days on March 22 in an alleged money laundering case.

On March 10, the bench had stayed the summons issued to Mufti by the Enforcement Directorate. Mufti was earlier asked to join the investigation on March 15 at 11.30 a.m.

The 61-year-old leader had moved Delhi High Court yesterday challenging the summons issued to her under the Prevention of Money Laundering Act.

In petition stated that she has not been informed if she is being summoned as an accused or as a witness.

The Petitioner is not the subject of investigation, nor is she an accused adding that in any of the scheduled offences to the best of her knowledge, the plea added.

She apprehended that the summons is a means of bringing undue pressure and harassment upon her.

“Ever since the Petitioner was released from preventive detention following the formal abrogation of Article 370, there have been a series of hostile acts by the State, against her acquaintances and old family friends, who have all been summoned by the ED and a roving inquiry about her personal, political and financial affairs was made, in the course of which their personal devices have been seized,” Mufti said in her petition.