Adopting a defiant posture, the ruling BJP in Karnataka on Thursday hit back at the Congress, saying the previous Congress governments changed the syllabus of the textbook to "please minorities". 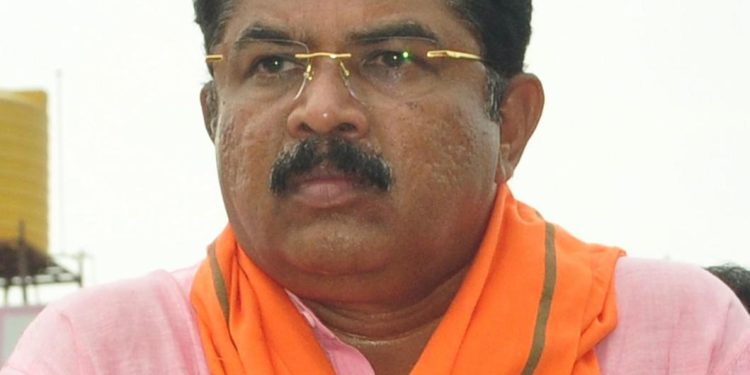 Bengaluru, (Aryavarth) –  Ever since the opposition Congress and the JD(S) targeted the BJP over insulting Kuvempu, revered by Kannadigas, especially by the Vokkaliga community, in the revised syllabus, the ruling party tried to pay it back in their coin.

Minister for Revenue R. Ashok, a prominent Vokkaliga leader, slammed opposition parties for making hue and crying over the issue. Ashok said that Congress does not want Hindu gods and freedom fighters in the syllabus and is unnecessarily creating problems.

Addressing a press conference, Ashok said, State Congress president D.K. Shivakumar tore the draft of the revised syllabus, having a lesson on Nadaprabu Kempe Gowda, the architect of the Bengaluru city. He said he should have pulled the draft of the old syllabus processed during the Congress government, which did not have that lesson.

“The Congress inserted their agenda, communist philosophies during the revision of textbooks. Congress wanted to take out the word ‘Hindu’ from textbooks. To take out names of Lord Shri Ram and Lord Shiva from the syllabus, the Congress had formed a Textbook Revision Committee under the chairmanship of Baraguru Ramachandrappa,” Minister Ashok said.

“They got the textbook revised only to appease minorities. During the regime of the previous BJP government, there were eight lessons from Rashtrakavi Kuvempu. The Congress had taken down 3,” he stated.

“Siddaramaiah neglected the contributions of Mysuru Wadeyars and sensationalised Tipu Sultan in the textbooks. He clarified that lessons on the freedom fighter Bhagat Singh, social revolutionaries Narayan Guru and Periyar have not been dropped.”

On Wednesday, former Prime Minister H.D. Deve Gowda wrote to Chief Minister Basavaraj Bommai, urging him to take back the revised syllabus and continue with the old one.