The AAP government on Tuesday presented a proposed budget of Rs 69,000 crore for the financial year 2021-22 based on the theme of 'patriotism'. 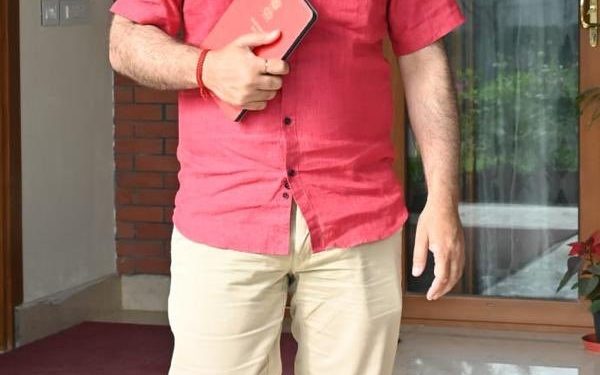 Delhi Finance Minister Manish Sisodia on Tuesday presented a Rs 69,000 crore Budget for 2021-22 in the Assembly, and said it was themed on "patriotism"

New Delhi,(Aryavarth) The Confederation of All India Traders (CAIT) on Tuesday termed the Budget for the financial year 2021-22 presented by the Aam Aaadmi Party (AAP) government in New Delhi as disappointing and insignificant for the trader community.

The AAP government on Tuesday presented a proposed budget of Rs 69,000 crore for the financial year 2021-22 based on the theme of ‘patriotism’.

According to CAIT, the Delhi Budget presented by Finance Minister Manish Sisodia is a disappointing document for Delhi’s traders. This is because not a single word has been spoken in the Delhi budget related to trade and commerce.

Khandelwal said,”It is most unfortunate that at a time when Delhi’s business is under great financial strain and is trying to overcome the adverse effects of the Covid-19 pandemic, the Delhi government has not allocated funds for the development of businesses in Delhi.”

“It is also surprising that not a single plan has been announced in the state budget for the business community nor have any policy measures been announced to streamline trade and commerce in Delhi,” added the CAIT National General Secretary.

“No plan has been announced to set up a cyber hub in Delhi while Delhi’s revenue is shifting to neighbouring cities such as Gurgaon and Noida.”

CAIT said,”Delhi is the largest centre of trade in the country and Delhi’s revenue is largely dependent on trade. It was expected that the Kejriwal government would come up with something for traders but unfortunately it did not pay any attention to them in the state budget.”