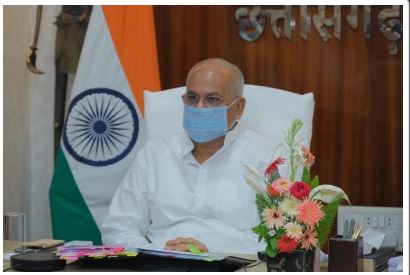 240
VIEWS
Share on WhatsappShare on FacebookShare on TwitterShare on Telegram

Raipur/New Delhi,(Aryavarth) Chhattisgarh Chief Minister Bhupesh Baghel on Monday announced that the children studying in private schools, who have lost parents/guardians to COVID-19, would be provided free education by the government.

The state government has already launched Mahtari Dular Yojna to provide free education and monthly scholarship to the children studying in government schools, who have lost their parents/guardians to COVID-19.

The benefit of the scheme will be given to destitute children belonging to the domicile families of Chhattisgarh. Children who have lost the earning parent (mother, father or both) due to COVID-19 are eligible to avail this scheme.

A committee will be constituted under the chairmanship of District Education Officer to examine the applications received, in which one officer each from the Health Department and Social Welfare Department has been nominated. Approval will be given by the District Collector on the recommendation of the committee.