The Centre said it is pursuing initiatives to achieve higher levels of indigenisation and self-reliance in the defence sector by harnessing the capabilities of public and private sector industries in the country. 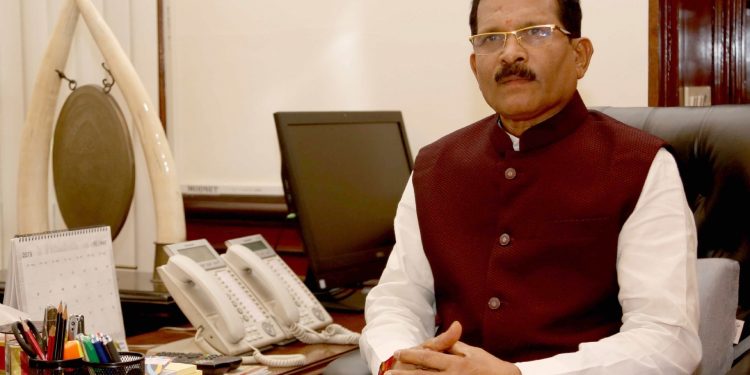 325
VIEWS
Share on WhatsappShare on FacebookShare on TwitterShare on Telegram

New Delhi,(Aryavarth) The Centre is working on a second ‘positive indigenisation list’ in the defence sector to boost the Aatmanirbhar Bharat (Self-reliant India) mission.

The Centre said it is pursuing initiatives to achieve higher levels of indigenisation and self-reliance in the defence sector by harnessing the capabilities of public and private sector industries in the country.

The government also said that the case for procurement of Light Utility Helicopters (LUH) and Light Combat Helicopters (LCH) is being progressed in accordance with existing procedures.

To boost Make in India initiatives, the Innovations for Defence Excellence (iDEX) framework was launched in April, 2018 with an aim to achieve self-reliance and to foster innovation and technology development in defence and aerospace by engaging industries including MSMEs, start-ups, individual innovators, research and development institutes and academia.

The iDEX framework provides grants for prototype development and promotes innovation and entrepreneurship among the Defence start-ups.

As part of the iDEX initiative, the Ordnance Factory Board has taken up in-house research and development projects for development of armament, ammunition and equipment items of land systems pertaining to artillery and air defence gun systems, small arms weapons systems, armoured fighting vehicles and futuristic smart ammunition systems.

In all 25 Projects have been awarded to various private industries including MSMEs and start-ups under the TDF scheme so for. The DRDO has also launched a pan-India contest to bring innovators, entrepreneurs, individual and start-ups for innovative ideas in the field of Defence and Aerospace.

“There are 11 projects of the Indian Army as part of DISC and Open Challenges of iDEX which involves hand holding of 23 start-ups,” said Minister of State (Defence) Shripad Naik, replying to a question raised by a few parliamentarians in the Lok Sabha on Wednesday.

The Indian Navy has leveraged the iDEX scheme and is presently engaging 21 start-ups in design and development for nine projects.

The IAF, as part of these initiatives, is progressing with 11 cases and is engaged with 17 start-ups and individual innovators and MSMEs for design and development of innovative equipment through iDEX, the minister said.