Boycott Chinese Products , Keep their investments: Is this ‘Make In India’ ?

We are discussing how India can be self reliant while its economy is revolving with huge investments from China and other countries. Actually, PM has said that his version of self-reliance does not imply isolationism and inward-orientation.His version of self-reliance will inject greater self-confidence in the people by reducing the country’s dependence on other nations. 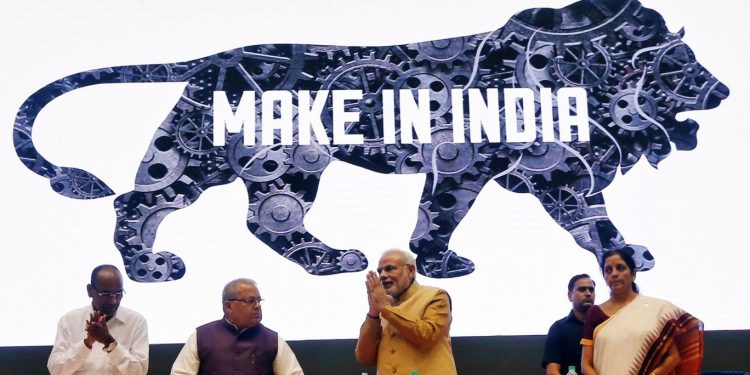 Bengaluru, (Aryavarth). What does ‘Make in India’ actually means? Is ‘Make In India’ a true facilitator of making India self reliant? Well, on one hand the Indian PM is asking India to be self reliant, on the other he is welcoming foreign money to be invested in different sectors.

Now the question is can “Make in India “ be a pure “Make In India” which means, will it be possible for Indian companies to invest heavily in manufacturing units such that the demand of the market can be met optimally. If that would have been possible then no domestic companies would have encouraged FDI’s and shared the profits with foreign entities. Domestic companies allow foreign entities to invest so that a huge amount of funds can be pumped in to grow the business manifold, the foreign company on the other hand find the Indian Market lucrative due to its huge customer base and profit earning capabilities. And together they make profits making each other better off.

So what does the PM actually meant by vision ‘ Atma Nirbhar”

First, a step up in public spending and investment, aimed at promoting welfare and raising the investment rate.

We are discussing how India can be self reliant while its economy is revolving with huge investments from China and other countries. Actually, PM has said that his version of self-reliance does not imply isolationism and inward-orientation.His version of self-reliance will inject greater self-confidence in the people by reducing the country’s dependence on other nations.As defined byTheotonio Dos Santos, dependence as a situation in which a country’s economy is “conditioned by the development and expansion of another economy”.

In this context the PM said that India should be self-reliant in a way that the growth process of its economy should not become dominated or dependent on another economy.

India is excessively dependent on other countries for Oil and Gas, whatever new sources of energy India may tap in the foreseeable future, it will remain import-dependent for energy. Fortunately, for India, the global crude oil and gas markets are likely to remain buyers’ markets for some time to come. Second is the dependence on foreign exchange inflows both in the form of remittances, mainly from the Gulf and the US, and financial flows into capital markets. It is not clear how the new Modi strategy of self-reliance proposes to deal with this dependence. If anything, India is seeking more FDI and external debt. The third dependence is on imported defence equipment, mainly from Russia, the US, Israel and France. Fourth, import dependence on electronic goods and pharmaceuticals, mainly from China.Thus far, government policy does not address these dependencies. The immediate focus of PM’s self-reliance seems to be China.

Reducing imports, especially from China , India’s second largest trading partner, is not going to be easy, especially without more government investment to boost domestic manufacturing. It would mean building infrastructure that supports industries, as well as promoting innovation through funding.

Meanwhile, several developments are being made owing to high Anti-China sentiment in the country, sparked by the pandemic and India-China border dispute, Remove China Apps, an Android app that claims to identify China-made apps on Android phones and remove them, has gone viral in India. The app is currently at the top spot of Google Play’s top free apps list in the country and it has been downloaded over 50 lakh times since its launch on May 17. Another app playing on similar sentiments – Mitron – has also gained traction over the last several days and is being touted as an alternative to TikTok.

In an event minister Nitin Gadkari asked the country to take the benefit of the rising apathy towards China, He asked “Does India need to import even chamchas?,”stating that the country can save about Rs 4,000 crore by procuring bamboo from the northeast where it is grown in abundance. India also imports Ganesh idols from China which can be sourced from idol makers in Konkan. “Be Indian. Buy Indian” the minister said. Since imports from China have dried out due to coronavirus, many industry leaders and organisations have also questioned India’s dependence on imports and have pushed for strengthening local supply chains. Nitin Gadkari also said that reducing India’s import dependence will strengthen the economy and industry must now look to cut down on imports and sourcing products from domestic manufacturers. Meanwhile, many states such as Haryana and Uttar Pradesh have already started procedures to attract companies which have proposed shifting out of China or set-up additional factories in Southeast Asia. Currently, China has many companies from the West who have shown antipathy to the country after the outbreak of coronavirus.

In the wake of the coronavirus pandemic, India had started manufacturing hand sanitizer and personal protection equipment in huge volumes while these were largely imported before. Giving the example of the same, Nitin Gadkari said that the Indian industry must identify the imports that can be substituted. He also said that India’s support for MSME and agriculture will help in the economy becoming self-reliant.

Chinese companies and their presence looms everywhere. They provide innovative design at affordable prices. And when businessmen earn profit they cannot run on sentiments but on hard realities. By and large Indian manufacturing just cannot match the Chinese. And this isn’t just about costs. The high end technology and variety of products is highly attractive for Indian customers.

Chinese tech investors have put an estimated USD 4 billion of greenfield investments into Indian start-ups, as per the estimates of India-China Economic and Cultural council.Such is their pace that over the last few years, 18 out of India’s 30 unicorns are Chinese-funded.Although Indian Government is extending restrictions now and has laid down new norms of any investments coming from neighbouring countries should be made by Government approval, it will be difficult for Indian Government to restrict China for a long time. So for India it would be better to invest largely in innovations and high end technology with rigorous research and development.