A party functionary said that the move will benefit the BJP in Madhya Pradesh, Jharkhand and Odisha and other parts of the country. 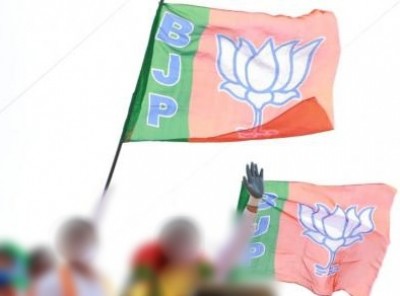 New Delhi, (IANS) By renaming Habibganj railway station in Bhopal after Gond queen Rani Kamlapati and announcing November 15 as Janjatiya Gaurav Diwas, the BJP is eyeing tribal voters in Madhya Pradesh and rest of the country. In Madhya Pradesh, tribal communities constitute over 21 per cent of total population, highest in the country.
In October, IANS had reported that the BJP in Madhya Pradesh is launching a massive outreach programme aiming to bring Dalit and tribal people closer to the party by highlighting the lives and personalities of freedom fighters and prominent personalities of the two communities as part of a movement to restore pride of Dalit and tribal heroes whose contribution was forgotten.
A senior saffron party functionary said that the move will help the BJP expand its footprint in the tribal dominated areas of Madhya Pradesh.
“Despite being in power for almost two decades in Madhya Pradesh the BJP is still not able to make a significant presence in tribal dominated seats. Now, through several programmes and reach out activities, we are trying to woo them and it will help us in future polls,” he said.
Madhya Pradesh has about 21.5 per cent tribal population and the Gond community is the largest among them. It is believed that Gond is also the largest tribal community in the country India with more than one crore population.
On November 10, the Union Cabinet had approved the declaration of November 15, the birth anniversary of Bhagwan Birsa Munda, as ‘Janjatiya Gaurav Divas’ dedicated to the memory of brave tribal freedom fighters so that coming generations could know about their sacrifices for the country.
A party functionary said that the move will benefit the BJP in Madhya Pradesh, Jharkhand and Odisha and other parts of the country.
“Celebrating the birth anniversary of Bhagwan Birsa Munda is politically very significant and will help the party to make inroads among the tribal population of the state,” a BJP Madhya Pradesh leader said.
In September, while addressing a event in Jabalpur, Union Home Minister Amit Shah had said, “It is very unfortunate that the previous governments did the crime of forgetting and not recognising the contributions and sacrifices of freedom fighters belonging to SC and ST, big public figures and those who laid down their lives for the country.”
Shah had mentioned that Prime Minister Narendra Modi decided to organise the ‘Azadi Ke Amrit Mahotsav’ in honour and remembrance of those freedom fighters who were not given due recognition and their contributions were forgotten.
The next election of Madhya Pradesh Assembly will be held at the end of 2023. Party insiders believe that reaching out to these communities will help the BJP in consolidating its support among these communities.