Dharmadam is surrounded by rivers on three sides and the Arabian sea on one side. Dharmadam Island offers a picture-perfect view of the confluence of Anjarakandy and Thalassery rivers. 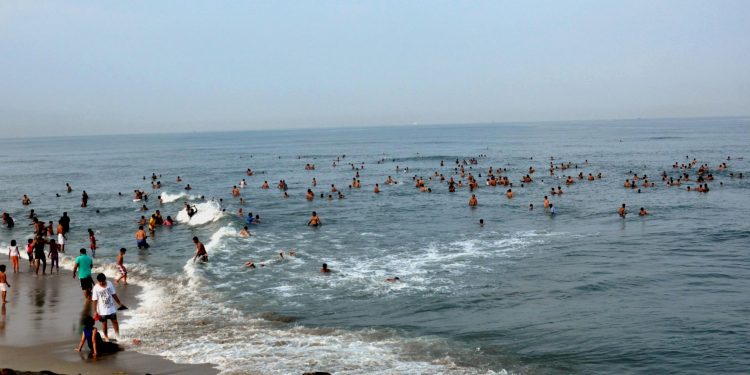 433
VIEWS
Share on WhatsappShare on FacebookShare on TwitterShare on Telegram

Thiruvananthapuram, (Aryavarth) Featured by the BBC as being among the six best beaches for driving in the world — Muzhappilangad Beach and Dharmadam Beach and Dharmadam Island — are all set to receive a major facelift as part of Kerala Tourism’s ambitious plan to pitchfork Kannur as North Kerala’s tourism hub.

Kerala Tourism Minister Kadakampally Surendran on Saturday said these projects at an overall cost of Rs 233.72 crores are a key ingredient of Kerala Tourism’s aggressive campaign to promote the Malabar region and has immense potential to put Kannur on the world tourism map.

Dharmadam is surrounded by rivers on three sides and the Arabian sea on one side. Dharmadam Island offers a picture-perfect view of the confluence of Anjarakandy and Thalassery rivers.

Muzhappilangad, where more than 30 species of migratory birds including the Pectoral Sandpiper and Caspian Plover visit every winter and Dharmadam, once known as an important Buddhist centre, are located about 27 km from the Kannur International Airport and it takes about 30 minutes to reach the site from the Kannur Railway Station. This makes the site one of the most accessible tourist destinations.

“The development offers a great opportunity to attract a large number of tourists to this stunning destination, which is presently underutilising its tourism potential,” said Surendran.

“The footfall owing to the development is estimated to be 1.8-2 million visitors per annum. This will augment the GDP of the state besides the project is anticipated to transform the location and offer development opportunities for other businesses and industries in the region,” added Surendran.

With a new International Airport at Kannur, the three tourism sites are now accessible by air from major domestic and international tourist destinations.

Currently, as per the master plan, the project is divided into three parts — Muzhappilangad Beach, Dharmadam Beach and Dharmadam Island.

“These three sites are not interlinked efficiently and thus they miss out on an excellent opportunity to attract tourists visiting any of the three destinations. Moreover, Dharmadam Island is inaccessible during high tide. Our primary objective is to connect the three sites by building two pedestrian bridges,” said Rani George, Principal Secretary, Kerala Tourism.

“As the site is substantial in size, a number of activities are possible there to attract tourists. If the zoning is not done appropriately, activities may duplicate or even compete with each other. Thus it is important to carve out character areas based on the site potential and propose activities related to specific character areas to offer diversified experience to the domestic and foreign tourists,” said Kerala Tourism Director P. Bala Kiran.