Doctors at Max Super-speciality Hospital in Patparganj, treated a peculiar case where an 18-year-old youth from Delhi had to be put on dialysis in the ICU after he exerted himself in the workout on the very first day. 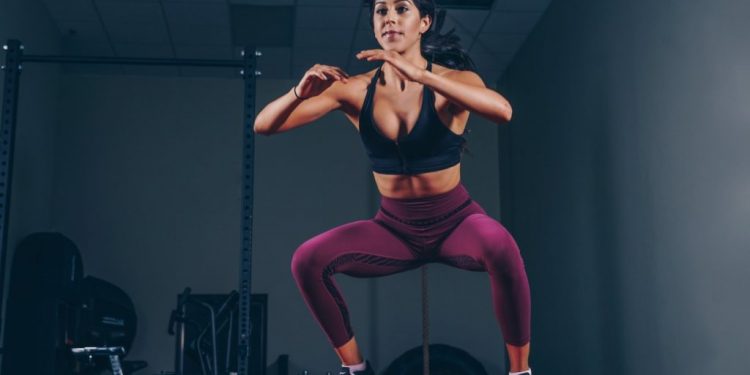 New Delh (Aryavarth): As gyms open up after a long duration, people have started rushing to gyms and health clubs with an eagerness to get back in shape after staying at home for over four months of lockdown.

Gym trainers said that people are now coming with a mentality to regain the muscle and agility they lost during the shutdown as soon as possible. However, their eagerness, if not checked, could give them acute injuries and health conditions like Rhabdomyolysis.

Doctors at Max Super-speciality Hospital in Patparganj, treated a peculiar case where an 18-year-old youth from Delhi had to be put on dialysis in the ICU after he exerted himself in the workout on the very first day.

Lakshya Bindra restarted workout at an in-built gym at his friend’s place after a long gap of over 4 months. Doctors said that in his over-enthusiasm, he exercised vigorously for over an hour. Later in the evening, he began to suffer from extreme muscle fatigue, body stiffness, pain, and vomiting. Initially, he assumed the condition was a side effect of working out after a long gap. However, when his condition kept deteriorating for three days, he was admitted to hospital.

Lakhshya was diagnosed with Rhabdomyolysis, a health condition in which acute muscle breakdown occurs. This, in turn, releases certain types of enzymes, like myoglobin, in the bloodstream, leading to kidney malfunction.

“When the patient came to our hospital, he suffered from acute pain in the abdomen, black-colored urine with reduced urine output, and deranged liver function. His kidneys had stopped functioning totally,” said Dr Dilip Bhalla, Senior Consultant, Department of renal and kidney transplant in Max Hospital.

“He was immediately wheeled into ICU and started on IV fluids to maintain hydration and provide nutrients to his muscles. He needed two sessions of dialysis every day. Later, gentle physiotherapy was followed for several days to soothe his muscles. As days passed, the patient started improving. His muscle stiffness and pain began to subside gradually, even as he slowly regained muscle power,” Dr Bhalla added.

Lakshya was discharged after a week of treatment.

“It was rare for us to see such a young individual suffering from non-functioning kidneys. Extreme physical activity can lead to muscle breakdown. This is a common cause of Rhabdomyolysis. Every person’s body is different and reacts differently to exercise regimens,” said Dr Abbas Ali Khatai, consultant in emergency medicine at Max Patparganj.

Dr Minakshi Fullara, a senior physiotherapist at Aakash Healthcare & super-specialty Hospital, Dwarka, said that aggressive workout after a long gap could lead to muscle spasm, muscle tear, and delayed onset muscle soreness. “Rhabdomyolysis is the acute condition of these cases. In this condition, Myoglobin enzyme releases in the blood which mixes in the bloodstream and is carried to the kidneys causing acute kidney injuries and renal failures as well,” she explained.

Dr Fullara said that Rhabdomyolysis happens when one overexerts his or her body. “Every muscle has a threshold to take the load, and it is essential to know the limitations of one’s own body. What is observed in youth is that under improper guidance, they assume that all the workout should be done in a single day. Especially after the lockdown, they are eager to build the lost muscles as soon as possible. However, every muscle has a capacity. After the immobility phase of lockdown, where people were glued to their chairs and beds while working from home, extra caution should be taken in this situation,” she said.

Ritvik Mahesh, a trainer at Anytime Fitness gym in Vaishali, Ghaziabad, said that he is witnessing restlessness in the clients who visit his gym, especially among youth, who are more into aesthetics than fitness. “They are more prone to muscle injury. I advised all my clients to practice light exercise for two weeks, at least so that stiffness accumulated in muscles during the shutdown eases.”

Dr Chitra Kataria, Head of Physiotherapy Department, Indian Spinal Injuries Centre, Vasant Kunj, said that proper hydration of the body and gradually opening up the muscles could prevent people from Rhabdomyolysis. “Our body starts deconditioning after two weeks of leaving the workout. During rest, muscle fibers get weak, and our micro-tears appear in the muscles. It is imperative to restart the workout slowly and gradually rebuild the capacity,” she said.

Dr Kataria also said that people should start slowly and gradually build strength. “Start with 24 to 30 per cent of the previous workout regime. No intense and aggressive workout should be done within four weeks of restarting the workout. Low intensity and endurance-based workouts are preferred in this period,” she added.

Dr Fullara also advised that people should ditch weight lifting and strength training for a while, after re-starting their workout. “Rather, they should focus on the repetition of their exercises backed by proper hydration. It will prove quite helpful in avoiding serious injuries,” she added.