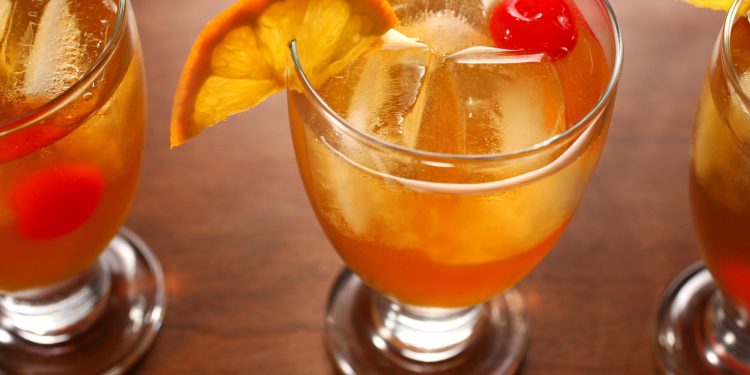 Mumbai (Aryavarth) :The overtly masculine image of amber liquid sloshing gently on rocks of ice as gentlemen hold their glasses and clouds of cigar smoke swirl around is changing rapidly with whisky brands tapping into a diverse customer base and experimenting with flavours as diverse as coffee and tea.

The staid whisky spirit is getting a fun makeover with cocktail connoisseurs joining in too, either using ingredients to enhance the velvety smooth flavour of whisky or disguising it, to woo those who usually stayed with sweeter fruity cocktails.

Shreshta Saha, who kept away from whisky for almost half a decade, now says Whiskey Sour is her drink of choice.

“Whip up a cocktail or dilute it enough with water to make the taste of hard liquor go away,” 26-year-old Shreshta told PTI.

A sweet-n-sour concoction, a classic Whiskey Sour mellows the flavour of hard liquor with the addition of a sweetener, a dash of lemon and sometimes egg white.

Leading brands are hoping to break the old school imagery of whisky in their bid to attract non-conventional whisky drinkers like Saha.

Ernest Reid, brand ambassador for Dewar’s India, said the company is expanding on the flavours present in the base spirit.

“All expressions of Dewar’s have a base line of honey,” he said, adding that apple or cinnamon would be natural extensions of a Dewar’s peg.

Going for traditional flavours like ginger, scotch and lemon is another trick that proves to be a safe bet for beginners.

“New whisky drinkers usually tend to start with something light and comfortable on their palate. The idea is to introduce people slowly and step by step by first acquainting them with basics,” said Emily Thompson, also a brand ambassador.

Whisky happened to 25-year-old Shreya Nanda after she repeatedly found herself socialising with a bunch of whisky drinkers.

But the smell continued to feel overwhelming, until she finally found her calling – Pure Sin.

“It is my favourite probably because I simply don’t realise it contains whisky,” she said.

he creamy cocktail uses a fine blend of Irish whisky and Irish creme liqueur, topped with dollops of vanilla ice-cream and an assortment of frozen berries.