Sanjana Garlani Being Questioned For Her Links to Drug Mafia 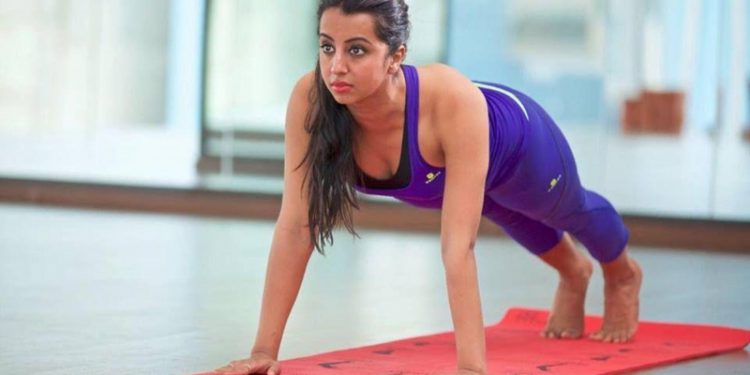 386
VIEWS
Share on WhatsappShare on FacebookShare on TwitterShare on Telegram

Bengaluru,(Aryavarth) Sep 8: The officers of the Central Crime Branch (CCB) police, who have been probing the drugs connection of Sandalwood, raided the residence of actress, Sanjana Garlani, on Tuesday, September 8 morning.

The residence of the actress is located at Indiranagar here. A police team led by the inspector, Puneet, arrived in three vehicles and raided her home. The officials numbering over ten, have been conducting search operation there.

The police have taken into their custody the mobile phone of Sanjana. They also checked the BMW car which is registered in the name of Archana Garlani, the actual name of the actress. The police later took the actress away to their office for questioning.

Sanjana’s friend, Rahul, has already been arrested by the police. He has been accused of having links with the drugs mafia.

Even though Sanjana’s name is being linked by some to drugs cartel, her name does not appear in the first information reports filed by the CCB. It is also being claimed that the current raid has been conducted based on the statement made by Prithvi Shetty.

Based on information gathered in the last four days by CCB officials after the arrest of nearly half a dozen persons, including Kannada actress Ragini Dwivedi, Galrani’s house situated in the upmarket Indiranagar locality in Bengaluru East was raided early Tuesday morning.

As part of its ongoing war against drug menace in the state, the CCB had conducted raids and launched investigations to unearth the drug mafia’s links with the regional movie industry, also known as Sandalwood.

This is the second high-profile arrest after Ragini Dwivedi, who has been arrested for her alleged role in drug trafficking during high-end parties organised in Bengaluru.

In a statement, Joint Police Commissioner (Crime) Sandeep Patil said: “After obtaining a warrant from a court, a search is being conducted at Sanjana Galrani’s house regarding her alleged role in a drug case.”

Sandalwood’s alleged links with drug mafia started tumbling out after Bollywood actress Kangana Ranaut alleged such links of a section of Bollywood biggies.

Joining the debate, noted Kannada filmmaker Indrajit Lankesh, who was first to launch Bollywood star Deepika Padukone, had alleged that the drug mafia had gained roots in Sandalwood and that he had shared information with Joint Police Commissioner (Crime) Sandeep Patil last week.

Soon after, raids were conducted on Dwivedi and those close to her four days ago and she was taken in police custody.

According to sources, Indrajit has allegedly given 15-20 names of Sandalwood stars, musicians, and technicians into drugs and frequenting high-end parties in the city.

According to the City Police, the CCB had arrested Niyaz Ahamed, a native of Kerala, on Monday in a drug-related case involving Ragini Dwivedi.