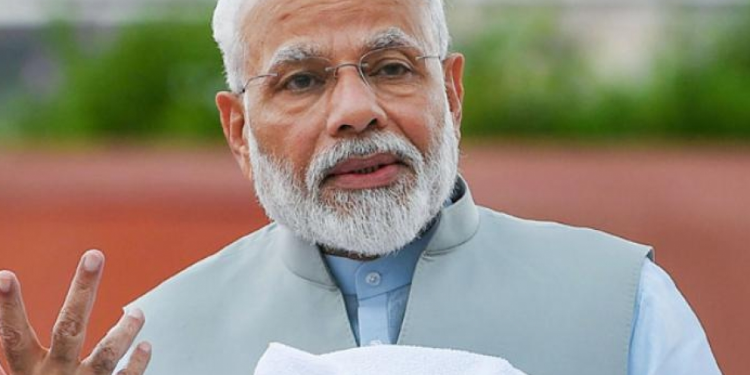 7.8k
VIEWS
Share on WhatsappShare on FacebookShare on TwitterShare on Telegram

New Delhi,(Aryavarth) : Prime Minister Narendra Modi on Monday stressed on the responsible use of artificial intelligence and protecting the world against the weaponisation of AI by non-state actors.

Speaking at the Raise 2020 conference, he said AI has a big role to play in sectors like agriculture, creating next-generation urban infrastructure and making disaster management systems stronger.

“It remains our collective responsibility to ensure trust in how AI is used. Algorithm transparency is key to establishing this trust. Equally important is accountability. We must protect the world against the weaponisation of AI by non-state actors,” he said.

Modi said India has experienced that technology has improved transparency and service delivery. “The teamwork of AI with humans can do wonders for our planet.”

“We want India to become a global hub for AI. Many Indians are already working on this. I hope many more do so in the times to come,” he said.

The Prime Minister said India has recently adopted the National Education Policy 2020 which focuses on technology-based learning and skilling as a major part of education.

E-courses will also be developed in various regional languages and dialects, he said.

A National Educational Technology Forum is being formed to create an e-education unit to boost the digital infrastructure, digital content and capacity, he said.

“We launched the ‘Responsible AI for Youth’ program this year in April. Under this programme, more than 11,000 students from schools completed the basic course. They are now building their AI projects,” he said.

“While we discuss AI, let also have no doubts that human creativity and human emotions continue to be our greatest strength. They are our unique advantage over machines,” Modi added.