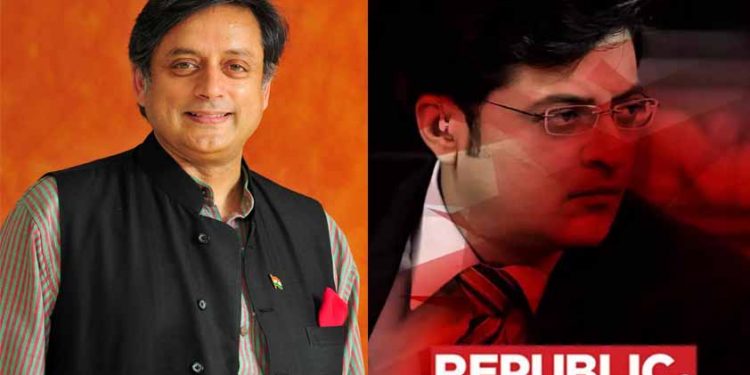 New Delhi ( Aryavarth) : The Delhi High Court Thursday questioned Arnab Goswami for running a parallel investigation and trial in the Congress leader Shashi Tharoor’s wife Sunanda Pushkar’s death case and directed the journalist to be bound by his undertaking on showing restraint and bringing down the rhetoric while covering the matter.

Justice Mukta Gupta said the court was not saying that anyone will gag the media but at the same time, the sanctity of investigation must be maintained.

Please show restraint. Once the police investigation is going on in the criminal case, there cannot be a parallel investigation by the media, the judge said and remarked that people must take a course in a criminal trial and then get into journalism.

The high court referred to December 1, 2017 order in which it was stated that Press cannot convict anyone’ or insinuate that he/she is guilty or make any other unsubstantiated claims. Press has to exercise care and caution while reporting about matters under investigation or pending trial.

It has been noted in the 2017 order that the counsel for the journalist and channel has assured the court that in future they would exercise restraint as well as bring down the rhetoric’.

On Thursday, the judge said, Defendants (Goswami and his channel) are thus directed to be bound by the statement made on their behalf by their counsel till the next date of hearing.

On the channel’s claim that they have evidence with them, the judge questioned them saying were you at the spot? Are you an eye witness? There is some sanctity attached to the investigation.

To this, advocate Malvika Trivedi, representing Goswami, said there was evidence from AIIMS, based on which certain broadcast was aired.

The judge said it was for a court of law to decide what was evidence in a criminal trial and there are statements from here and there which are not evidence.

Can the media sit in appeal against the charge sheet filed by an investigating agency?, the judge asked.

It is not a reflection on the Plaintiff (Tharoor) but the investigating agency. Can there be a parallel investigation or trial?.. Would you not like the courts to take their own course?, the judge said.

The high court was hearing an application by Congress MP Tharoor seeking an interim injunction against Goswami, Editor-in-Chief of Republic TV, from making defamatory remarks against the leader.

Tharoor’s grievance relates to broadcast of the programmes naming him on the TV channel in July and August and in the telecast, the journalist has claimed that they have investigated Sunanda Pushkar case better than the police and that he still has no doubt that Pushkar was murdered.

Senior advocates Kapil Sibal and Vikas Pahwa, representing Tharoor, said charge sheet has been filed by the police in the case and he has been summoned for the alleged offence of abetment to suicide then how can the journalist abuse him and allege that there was a murder.

The application, filed through advocates Gaurav Gupta and Muhammad A Khan, sought that the journalist should be directed to report only on matters which are factually correct or established.

The high court noted that the Delhi Police has filed a charge sheet in the trial court which has taken cognisance of it and he has been summoned under Sections 306 (abetment to suicide) and 498A (cruelty to a married woman) IPC in the light of the investigation done by the agency.

The high court sought response of the journalist on Tharoor’s application and listed the matter for further hearing on November 20.

In the December 1, 2017 order, the high court had said Goswami and his channel have the right to air their stories and the same cannot be curbed, but it has to be tempered and balanced.

The court’s 2017 order had come on three different applications filed by Tharoor in his Rs two crore defamation suit against Goswami and the channel for allegedly making defamatory remarks against him while airing news relating to the mysterious death of his wife.

Pushkar was found dead in a suite of a five-star hotel in south Delhi on the night of January 17, 2014, under mysterious circumstances. Tharoor has alleged that they continued to engage in defaming and maligning him despite an assurance given by their counsel in the court on May 29, 2017.

The court had on May 29, 2017, said the journalist and his news channel could put out stories stating the facts related to the investigation of Pushkar’s death but could not call the Lok Sabha MP from Thiruvananthapuram a criminal.

The Congress leader has sought a direction to them that they should not mention the expression murder of Sunanda Pushkar anywhere, since it is yet to established by a competent court whether her death was a murder. 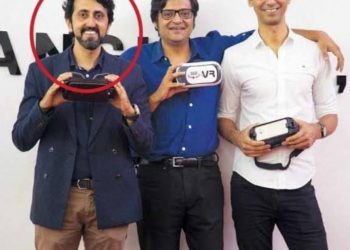 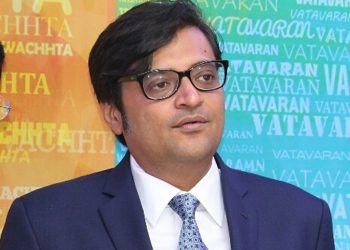 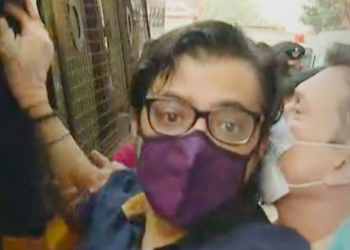