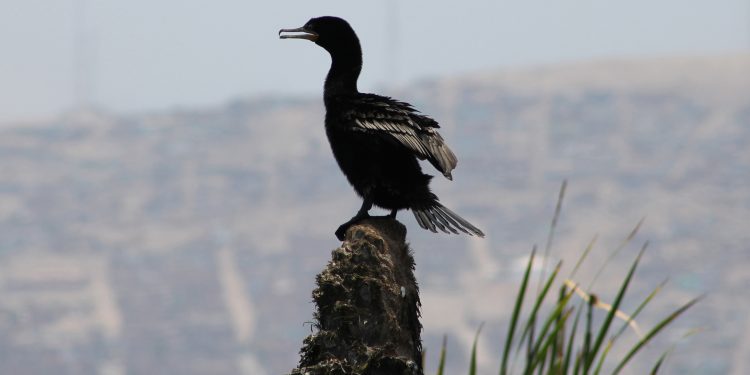 (140217) -- LIMA, Feb. 17, 2014 (Xinhua) -- Picture taken on Feb. 9, 2014 shows a crow duck resting on a branch at Wildlife Refuge Wetlands Villa (RVSPV, for its acronym in Spanish), in the district of Chorrillos, Lima department, Peru. The 263.27-hectare RVSPV is a part of the National System of Natural Protected Areas (SINANPE, for its acronym in Spanish). It is home to a wide variety of wildlife. Between November and December, the RVSPV would get flocks of migratory birds from the northem hemisphere. (Xinhua/Luis Camacho) (vf) (ah)

Jaipur, Dec 31 (Aryavarth) Rajasthan is in the throes of a Hitchcockian nightmare with dead birds falling from sky. The reason on Thursday was confirmed as cases of Avian Flu.

A high alert has been sounded across the desert state after Avian Influenza was confirmed in the samples of around 100 crows which were found dead in Jhalawar. The same samples have been sent to Bhopal for further testing.

Avian influenza is a viral disease which is contagious and can spread from one bird to other birds and animals. Many birds die due to this disease. It can also be transmitted to humans.

All national parks and wildlife sanctuaries and other forest areas have been asked to take special precautions after the National Institute of High-Security Animal Diseases confirmed bird flu in the samples tested so far.

On December 27, around 100 crows were found dead in a local temple situated in Jhalawar, which is an erstwhile princely state situated in the southeast corner of Rajasthan. The city is 341km from the state capital here.

Jhalawar District Collector Ngikya Gohain immediately sounded zero mobility within one kilometre area of this temple to ensure there is no transmission of the avian influenza.

“We have sounded an alert in all parts of the state and issued directions to report to authorities immediately if there is any dead bird,” Mohanlal Meena, Chief wildlife warden told IANS.

“We have received news of bird flu confirmation on Thursday and hence we are advising our forest officers to take all precautionary measures without any kind of delay.

“If there is any bird found dead, then immediate action should be taken.

“Avian influenza is quite contagious, hence it needs to be identified as early as possible to stop its spread to other birds.

“Animal Husbandry Department has a larger role to play in this case as they will need to identify if there are any more birds in the state who are infected, especially near the wetland areas as many migratory birds in these areas.” 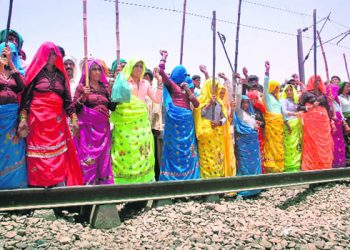