Approval Rating for Modi Government on Handling of COVID-19 drops to 77.3% From 90%

The Narendra Modi government approval ratings for its handling of the COVID-19 situation in India dropped from 80-90 per cent in the April-June period to 77.3 per cent. 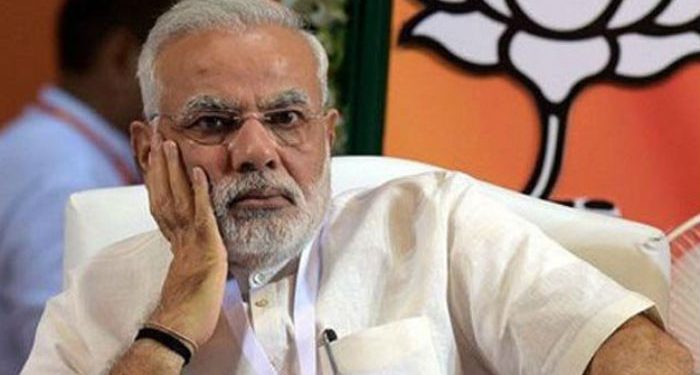 New Delhi(Aryavarth): Prime Minister Narendra Modi-led BJP government still enjoys high approval ratings for its handling of the COVID-19 situation in India; however, the ratings have come down from 80 to 90 per cent in April-June period to 77.3 per cent.

As per the IANS-CVoter Covid-19 Tracker, 77.3 per cent respondents believe that the Centre is handling the crisis well while 19.1 per cent disagree with Modi-led government’s actions on tackling the pandemic.

With a spike in the number of coronavirus cases, almost 60 per cent of respondents feel they could get the infection while 34.9 per cent said they will not get infected.
Approval ratings were in the 90s and 80s in the April-June period

With the rising number of cases in the country and temporary lockdowns in the different states people have become more cautious and are stocking up groceries and rations.