According to a report based on sectoral analysis, a partial deferral of capex this fiscal will strengthen the balance sheets and credit metrics of five primary steel producers, which account for 55 per cent of domestic production. 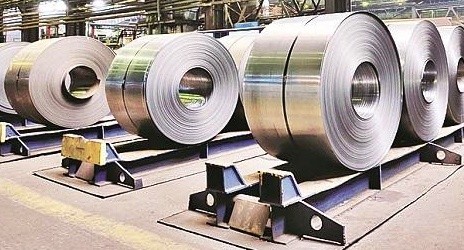 Mumbai,(Aryavarth) Primary steel producers are expected to reduce debt by 15%, or Rs 35,000 crore, between fiscals 2021 and 2022, using the higher operating profits generated for prepayment, ratings agency Crisil said on Tuesday.

According to a report based on sectoral analysis, a partial deferral of capex this fiscal will strengthen the balance sheets and credit metrics of five primary steel producers, which account for 55 per cent of domestic production.

Domestic demand recovered strongly in the second half of this fiscal, growing 10 per cent between October and January versus a 30% on-year fall in the first half.

Consequently, demand contraction will be less than 10 per cent for the whole of this fiscal, Crisil said.

Higher infrastructure spending by government, and recovery in residential real estate are expected to improve steel demand by 10-12% next fiscal, it added.

Domestic hot-rolled coil (HRC) prices rallied to a multi-year high of Rs 56,000 per tonne in February from Rs 39,200 per tonne in March 2020 as demand improved amid iron-ore supply constraints and high global prices.

Since last month, however, prices have moderated with iron-ore supplies improving, and also because of the reduction in customs duty announced in the Union Budget.

Says Manish Gupta, Senior Director, CRISIL Ratings, “…while the tailwinds to realisations from higher input costs and global prices could abate going forward, domestic demand growth would provide an offset. Consequently, realisation next fiscal may still be 15% higher than the average of the past five years. That, along with rising volumes and moderate coking coal prices would mean healthy operating margins of 23% next fiscal, compared with 25% likely this fiscal.”

Operating margins had plunged to 9% in the previous steel downcycle of fiscal 2016. Since then, what has helped are improved raw material linkages, and better operating efficiencies of stressed assets (following consolidation with stronger peers).

Cash accruals could surge over 40% on-year to Rs 40,000 crore this fiscal, and rise another 10% next fiscal, the ratings agency said. That, and a reduction in capex this fiscal (to conserve cash and pare debt) will fortify financials amid the pandemic uncertainties.

Says Naveen Vaidyanathan, Associate Director, CRISIL Ratings, “The five steel makers could cut Rs 25,000 crore of debt this fiscal. Next fiscal, despite capex rising 15%, they can slice debt by another Rs 10,000 crore. That would drive a sharp improvement in credit metrics with financial leverage (ratio of debt to Ebitda) declining below 2.5 times next fiscal compared with above 4.0 times in fiscal 2020.”

Any fall in steel prices due to weaker global demand and higher supplies, especially from China, and the second wave of Covid-19 afflictions impacting domestic demand will bear watching, Crisil said.