Sitharaman insisted on my transfer from MoF: Garg

Garg said that the situation, after the 2019 elections, unfortunately took a turn for the worse. 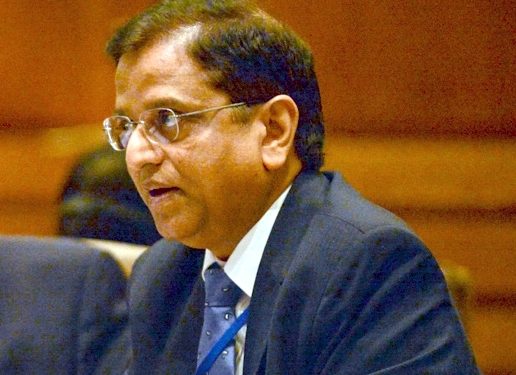 4.5k
VIEWS
Share on WhatsappShare on FacebookShare on TwitterShare on Telegram

New Delhi, (Aryavarth) Former Economic Affairs Secretary Subhash Chandra Garg has claimed that Nirmala Sitharaman asked for and insisted on his transfer from the Ministry of Finance in June 2019 itself, within a month of taking over as the Union Finance Minister.

Giving reasons for taking voluntary retirement from government service last year, Garg wrote in a blog: “Quite frankly, I did not share a good and productive working relationship with the new Finance Minister and I did not want to work anywhere outside the Ministry of Finance.”

Profusely praising late Arun Jaitley as the Finance Minister, Garg said that with the new incumbent Sitharaman “it became quite apparent very early that working with her was going to be quite difficult and it may not be conducive to undertaking necessary reforms for the attainment of the objective of building a $10 trillion economy of India”.

Garg said that Sitharaman had “pre-conceived notions” about him. “She, for reasons not very clearly known to me, came with some pre-conceived notions about me. She did not seem to have confidence in me. She was not quite comfortable working with me as well.”

The retired officer also talked about serious differences between the two.

“Serious difference also developed on some key issues like economic capital framework of the RBI, package for dealing with problems of non-banks, resolution of non-banks, partial credit guarantee scheme, capitalisation of non-banks like IIFCL and other financial entities and the like,” Garg wrote.

“Very soon, not only had our personal relationship soured, but the official working relationship also become quite unproductive,” Garg wrote.

“Mrs Sitaraman asked for and insisted on my transfer from the Ministry of Finance in June 2019 itself, within one month of her taking over as the FM,” Garg claimed.

“PK Mishra, then Additional Principal Secretary, who oversaw the appointments and transfers in the PMO, asked me to come over for a chat on July 18. He knew of the situation fully. In fact, we had discussed my relationship with Mrs Sitharaman on a few occasions before as well. Both of us agreed that the best course would be for me to make way for the new FM to ‘function smoothly’,” Garg said.

“Dr Mishra was quite generous and gracious. He offered me to choose any job in the government or outside in regulatory bodies or elsewhere. I thanked him and the Prime Minister profusely.

“I informed him that I had already made up my mind to seek voluntary retirement. He felt quite upset about my proposal to leave service. I explained to him that my decision to leave the government was not out of any pique or resentment, but quite a well-considered one and that this was in my best interests. He asked me to reconsider my decision anytime,” Garg aded.

Garg said that the reason for leaving the government was that he was getting disappointed after the Union Budget of 2019.

Garg said that the situation, after the 2019 elections, unfortunately took a turn for the worse.

He alleged that the government forgot the agenda for a $10 trillion economy.

“The government did talk about making India a $5 trillion economy by 2024-25 after the elections and winning a great majority. But the reforms agenda and the investment plan for attaining the goal of $10 trillion economy articulated in the Interim Budget 2019-20 however, got sidetracked and was virtually forgotten,” the former officer said.

“The government was turning populist as well. As part of a 100-day programme, a number of announcements were made, aimed to please specific constituencies. The reforms agenda was acquiring a tinge of being more short-term and tinkering type. I had expected the central government to take the requisite bold reforms in the first six months. However, this did not seem to be the case. While the real economic reforms agenda seemed like getting relegated to a side show, the non-economic priorities started assuming primary space,” Garg contended.

“I must mention that, at the time of presentation of the Interim Budget 2019-20, the government was aware of the fact that the Indian economy had started slowing down,” Garg said.