No onion Auctions in Nashik Mandis For Second Day 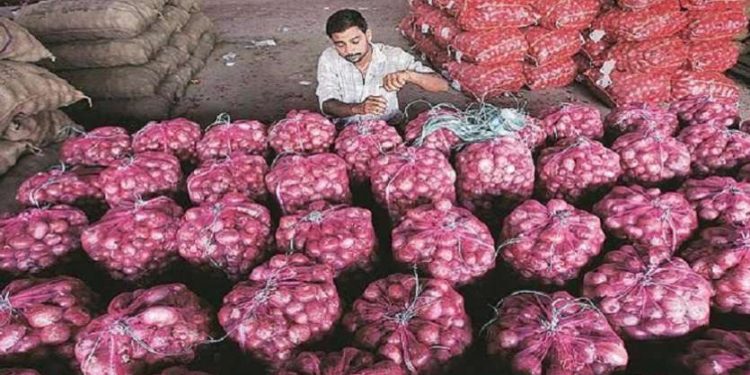 Nashik, Oct 27 (Aryavarth) For the second straight day, traders kept off the onion auction in all the 15 mandis or markets in Nashik district of Maharashtra on Tuesday to protest against the Centre-imposed stock limit on the staple.

To contain onion prices, the Centre on Friday last imposed stock holding limit on retail and wholesale traders till December 31 to improve the domestic availability of the commodity and provide relief to consumers.

Retailers can stock onion only up to 2 tonne, whereas wholesale traders are allowed to keep up to 25 tonne, it said.

Auctions of vegetables and other farm produce took place on Tuesday, but there was no activity from traders on the onion buying front, the sources said.

A meeting of APMC directors and trader representatives was held to break the deadlock, but it remained inconclusive.

APMC chairperson Suvarna Jagtap appealed to the Union government to rethink its decision to put a stock limit on the commodity.

Due to the closure of auctions, transactions worth crores have been stalled, causing losses to onion farmers.

Meanwhile, former Union agriculture minister and Nationalist Congress Party (NCP) chief Sharad Pawar will be in Nashik on Wednesday and he is expected to meet protesting traders to find an amicable solution.

The NCP is part of the MVA government in the state.

Maharashtra is one of the top producers of onions and Nashik is a major hub of the commodity.