Before the recent resurgence, India had contained the spread of the virus and infection numbers had fallen after the previous peak in mid-September 2020. The steady decline over that time had allowed for a gradual increase in total airline seat capacity and for domestic passenger traffic to recover to around 60 per cent of the 2019 level by the end of February 2021, the agency said. 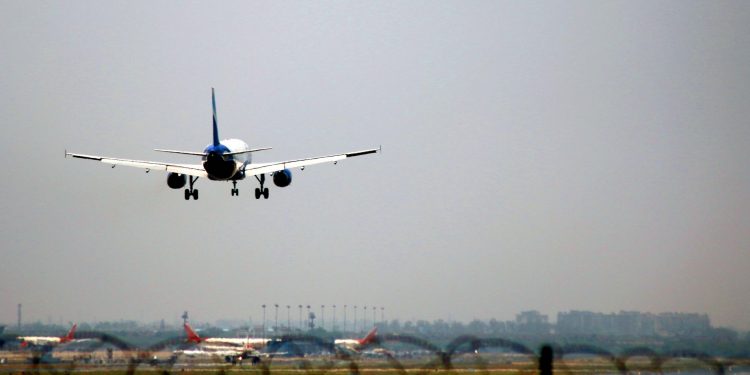 172
VIEWS
Share on WhatsappShare on FacebookShare on TwitterShare on Telegram

Mumbai, (Aryavarth) The rapid increase in new cases is credit negative for Indian airports, given the adverse impact on passenger and aircraft traffic, the key revenue driver for the sector, Moody’s Investors Service said in a report.

Before the recent resurgence, India had contained the spread of the virus and infection numbers had fallen after the previous peak in mid-September 2020. The steady decline over that time had allowed for a gradual increase in total airline seat capacity and for domestic passenger traffic to recover to around 60 per cent of the 2019 level by the end of February 2021, the agency said.

Moody’s said that most of Indian airports’ revenue is linked to airport traffic, including aeronautical revenue that is collected on a per-passenger or aircraft-movement basis, and non-aeronautical revenue such as retail, food and beverage as well as car parking.

For example, Delhi International Airport Limited reported revenue declines across all its business segments, amid a sharp drop in passenger traffic in the nine-month period that ended on December 31, 2020.

Moody’s said that a disruption to the recovery in domestic passenger traffic is credit negative for the two rated Indian airports. Revenue decline resulting from a fall in traffic will further dampen already weak financial metrics for DIAL and GMR Hyderabad International Airport Limited (HIAL, Ba2 negative) in the current fiscal year (ending 31 March 2022) and also reduce the funds available for capital spending during the affected period.

Based on daily domestic passenger and aircraft data published by the Ministry of Civil Aviation, passenger traffic has not yet materially dropped despite the rise in infection numbers over the past month, although there are early signs of a slowdown in traffic.

“We believe the impact of a sharp rise in infections on underlying consumer demand could take several weeks to fully materialize. At the same time, a more significant concern for airport traffic will be a reintroduction of travel restrictions, which will limit air travel irrespective of consumer demand, the credit rating agency said.

Tighter restrictions, particularly if they are introduced in more states, could lead to sharp declines in passenger traffic until the situation is contained and could materially cut airport revenue.

Beyond the impact on domestic traffic, the recent outbreak will also likely delay the reopening of international borders, which has recently been postponed to the end of April. Although international passengers only represent a small component of total passenger traffic in India, airports generally earn a higher amount on a per-passenger basis from this segment after accounting for duty-free retail. Duty-free retail accounted for 15 per cent-20 per cent of total non-aeronautical revenue at the rated airports before the pandemic.

Delay in passenger recovery will weigh on airports’ credit quality

Rated airports’ credit quality will potentially weaken if the severity and duration of the second wave reaches a level that would lead to liquidity stress or challenge their ability to return to a level of cash flow generation which supports their current ratings, Moody’s said.

From a liquidity standpoint, both airports completed bond issuances in 2021, proceeds of which will support their ability to continue to fund expansion despite the likely reduction in operating cash flow. In the case of DIAL, proceeds from its $450 million bond will also ensure that the airport can refinance the $288.8 million bond maturity in February 2022.

DIAL’s ability to manage the liquidity impact from a further decline in operating cash flow, which we already expected to be negative before the recent outbreak, may improve if the airport can secure an upfront deposit from a pending land sale, or if it is able to draw down from a lease facility it had executed with financiers with weak or unknown credit quality.