UP doctor fined Rs 10K for not wearing mask

The Kotwali Police have slapped a challan of Rs 10,000 on a doctor in the old city who was treating patients without wearing a mask. 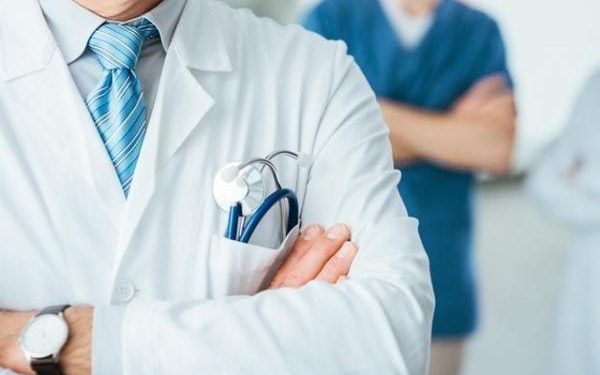 566
VIEWS
Share on WhatsappShare on FacebookShare on TwitterShare on Telegram

Jhansi (Uttar Pradesh), (Aryavarth) A doctor has been fined for not wearing a mask while treating patients at his clinic.

The Kotwali Police have slapped a challan of Rs 10,000 on a doctor in the old city who was treating patients without wearing a mask.

According to reports, a police team was on a routine checking on Tuesday evening in Nariya Bazar in the old city area where they found a doctor sitting with a number of patients in a small cabin.

The clinic was small and patients were sitting huddled together, most of them without wearing masks.

SO Kotwali Devesh Kumar Shukla fined the doctor with the maximum amount of Rs 10,000 .

The SO said, “Earlier too, I had warned the doctor for not wearing a mask but he did not listen. Being a doctor, he was expected to follow the protocol but he flouted the same.”