Telangana to reopen schools for classes 6th to 8th 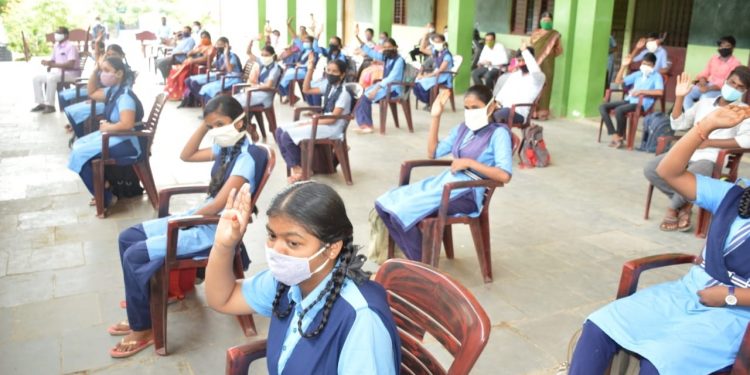 338
VIEWS
Share on WhatsappShare on FacebookShare on TwitterShare on Telegram

Hyderabad,(Aryavarth) Telangana government on Tuesday decided to allow re-opening of schools for classes 6th to 8th from Wednesday.

Chief Secretary directed that classes should start from February 24 as far as possible and not later than March 1.

About 17.24 lakh students in addition to the existing number are likely to be attending school from classes 6th to 8th. Chief Secretary also directed that District Level Education Monitoring Committee (DLEMC) chaired by the District Collector should meet and ensure reopening of schools.

Schools for class 9th and above were reopened from February 1 after a gap of nearly 11 months.

The educational institutions were shut in mid-March, a few days before imposition of nation-wide lockdown. Exams could not be conducted for class 1 to 11 and all students were promoted to the next class.

For academic year 2020-21, online classes began on September 1. Following requests from parents of many students, the authorities decided to reopen schools for physical classes for class 9 and above.