No shortage of oxygen in Andhra: Industries Minister

"When it comes to oxygen, AP state is the first priority. Only after meeting the state's requirements it will be supplied to other states," said Reddy. 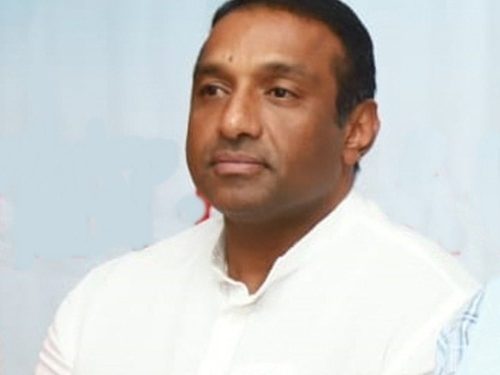 240
VIEWS
Share on WhatsappShare on FacebookShare on TwitterShare on Telegram

Amaravati,(Aryavarth) Andhra Pradesh Industries Minister Mekapati Goutham Reddy on Thursday said there is no shortage of oxygen in the state, a crucial gas needed to treat coronavirus patients suffering from low levels of the life supporting gas in their body.

“When it comes to oxygen, AP state is the first priority. Only after meeting the state’s requirements it will be supplied to other states,” said Reddy.

He said special officers have been entrusted with the responsibility of oxygen supply.

According to the Minister, the state produces 510 MT of medical oxygen in 40 companies.

Currently, Reddy said the districts of Krishna, Guntur, Prakasam, Nellore and Kurnool need to be supplied with the life supporting gas on a war footing.

Industries director Subrahmanyam Javvadi explained the details of oxygen production industries in the state to Reddy.

He gave a presentation on the current situation of Covid, oxygen needs and the patterns of oxygen usage during the first wave of the pandemic.

Especially, oxygen is being supplied from three production facilities in the state: RINL, Allen Berry and Liquinox Gases.

As much as 50 per cent of the oxygen produced at RINL is being used for AP’s needs while the balance is being supplied to Maharashtra.

All the oxygen being produced by Allen Berry, 40 tonnes, and Liquinox Gases is being used for the state’s needs.

The minister directed officials to supply the gas to other states only after meeting the requirement of Andhra Prdesh.

Nodal Officer Shan Mohan said it would be better to monitor if oxygen is being supplied to the local hospitals or not.

Reddy said it is a relief to Rayalaseema as the 68 MT of oxygen needed to come from Ballari has arrived.

He said the government identified oxygen shortage in the districts of Krishna, Guntur, Prakasam, Kurnool and parts of Nellore.

The industries minister instructed officials to use oxygen being produced at the MedTech zone as well.

In about two to three months’ time, Reddy said the life supporting gas will be produced in large quantities from 20-30 plants in the state.

He gave instructions for the production of at least 300 MT of oxygen on a daily basis.

The Minister ordered the industries department to submit a report by Thursday evening as to which district needs how much oxygen and which company is producing what quantity of the gas, including details such as how much oxygen would be required in the future.

Liquinox Gas official Rajesh Babu told the Minister that the company is supplying oxygen to 12 hospitals in Srikakulam district in north Andhra.

“Inability to transport oxygen at the speed of its production is a major challenge,” said Babu.

He said the company will raise oxygen production from 40 MT to 50 MT, while the Minister called all the oxygen producing companies to work 24×7.

Incidentally, power cut issues restrained the company from producing the targeted amount of oxygen, which is in the process of being sorted out.

Reddy said special command and control centres should be established to supply the crucial gas.

RINL official C.G.M. Biswal said the company has produced up to 766 tonnes of oxygen until now, besides producing 100 tonnes on a daily basis.

Reddy said the state gave licenses for 44 units in 2020 to produce oxygen, which are raised by another 10 now.

He said the state government sent proposals to the Centre for more arrangements in eight more hospitals.

Similarly, the state government is also taking the support of the police department for smooth transport of oxygen.