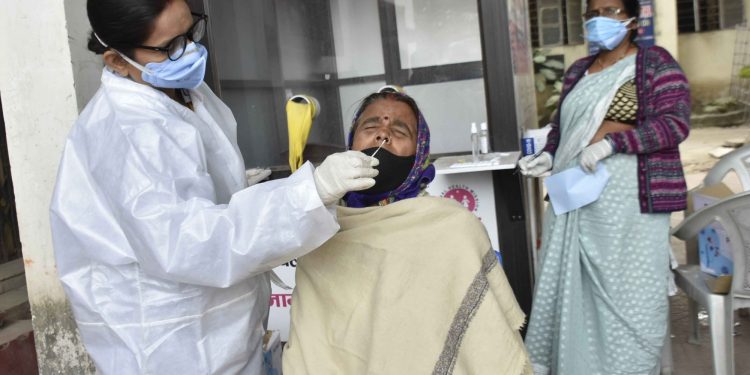 248
VIEWS
Share on WhatsappShare on FacebookShare on TwitterShare on Telegram

New Delhi, (Aryavarth) With 18,855 new Covid-19 cases reported in the last 24 hours, India continued its streak of low single-day cases, even as the overall tally mounted to 1,07,20,048, health officials said on Friday.

For the past 22 days, the country has been recording less than 20,000 daily new infections. Also, the death toll remained below the 300-mark for the past 32 days.

The Ministry of Health and Family Welfare on Friday said there were 163 fresh deaths taking the overall toll to 1,54,010.

About 78 per cent of the daily new cases are reported from seven states — Kerala, Maharashtra, Chhattisgarh, Bihar, Karnataka, Tamil Nadu and Gujarat.

The nationwide immunisation drive began across the country on January 16 after the approval of the two Covid vaccines.

More than 28 lakh beneficiaries have received the first dose of Covid vaccine in the first phase so far.

Eleven states have performed better in vaccination coverage of the healthcare workers and have covered more than 30 per cent of the targeted beneficiaries.

This includes Lakshadweep, which has covered 83.4 per cent of the targeted beneficiaries, followed by 50.7 per cent by Odisha, 50 per cent by Haryana, 48.3 per cent by Andaman and Nicobar.