Pramod Srivastava, 48, member of the UP State Accredited Journalist Committee 2021, elections for which were held on March 21, died on Saturday evening. 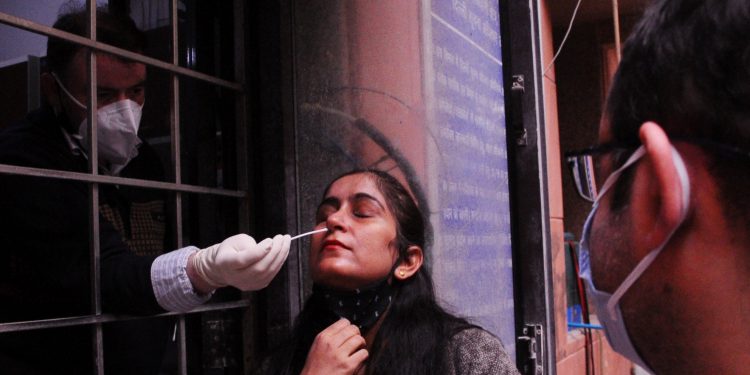 204
VIEWS
Share on WhatsappShare on FacebookShare on TwitterShare on Telegram

Lucknow,(Aryavarth) Corona has struck at the fourth estate in Lucknow in a big way.

Pramod Srivastava, 48, member of the UP State Accredited Journalist Committee 2021, elections for which were held on March 21, died on Saturday evening.

Two days ago, he had tested positive and was admitted to KGMU on March 25 in a serious condition. Doctors said he died due to respiratory failure.

At least six journalists, who took part in the elections that took place on March 21, have also tested positive, so far. One of them was admitted to SGPGIMS, late on Saturday evening.

The state information department has arranged for a special Covid test camp for journalists on Sunday and has asked all those who participated in the elections, to get themselves tested.

The city has become a hotspot in the state with a steady rise in the number of cases and deaths in the past few days.

Out of four Covid-19 deaths in Uttar Pradesh on Saturday, three took place in Lucknow.

Similarly, 25 per cent of the total new infections were in the state capital. In remaining districts, the numbers were below 50.