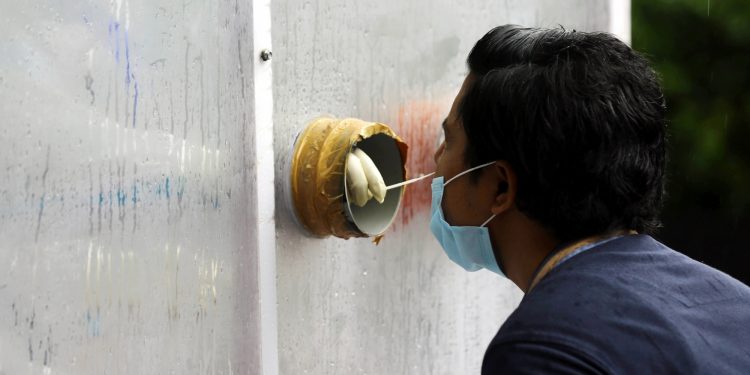 307
VIEWS
Share on WhatsappShare on FacebookShare on TwitterShare on Telegram

New Delhi,(Aryavarth) Maharashtra, Punjab and Gujarat are turning out to be a major cause of worry as the three states are recording the highest daily new coronavirus cases.

According to the data of the Health Ministry, six states — Maharashtra, Punjab, Gujarat, Chhattisgarh, Karnataka and Tamil Nadu together account for 80.90 per cent of the new cases.

One hundred and ninety-nine deaths were reported in the last 24 hours.

Six states account for 80.4 per cent of the daily deaths. Maharashtra and Punjab each reported 58 casualties. Kerala and Chhattisgarh follow with 12 deaths each.

Besides this, India recorded the highest single-day vaccination. More than 32.53 lakh doses were given in the last 24 hours.