The panel would comprise one chief judicial magistrate (CJM) or a judicial officer, professor of a medical college and an administrative officer of the rank of additional district magistrate (ADM). 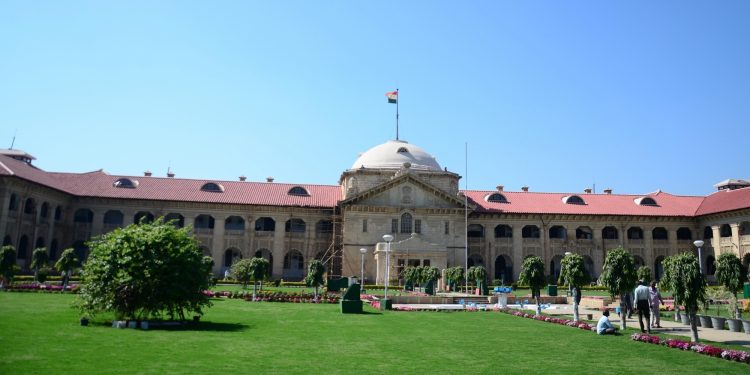 550
VIEWS
Share on WhatsappShare on FacebookShare on TwitterShare on Telegram

Prayagraj (Aryavarth) The Allahabad High Court has directed the Uttar Pradesh government to constitute a three-member Pandemic Public Grievance Committee (PPGC) in every district to look into the grievances of the public in Covid treatment in the state.

The panel would comprise one chief judicial magistrate (CJM) or a judicial officer, professor of a medical college and an administrative officer of the rank of additional district magistrate (ADM).

Allahabad HC seeks details of cyber crimes in UP

The court, in its order on Tuesday, further directed that in rural areas complaints can be made directly to the sub-divisional magistrate (SDM) of concerned tehsil, who shall transmit the same to PPGC. The committee will also look into all the viral news itself.

The court observed, “It is not a case that somebody volunteered to render his/her services during election but it was all made obligatory to those assigned with election duty to perform their duties during election even while they showed their reluctance.”

While hearing a PIL relating to Covid care, a Division Bench comprising Justice Siddhartha Varma and Justice Ajit Kumar said that the recent surge of the Covid-19 pandemic in the state is engulfing in it the remote rural areas and smaller city and town areas of almost all the districts of Uttar Pradesh.

The court went on to observe, “It would be in the fitness of the things that purchase of vaccine is not only expedited but vaccination programme is launched at a war-footing.

“Even in our last order we had made clear that unless and until everyone was vaccinated, nobody was safe. We hope and trust that the state government would try to purchase as many vials of desired vaccines as possible to vaccinate the maximum number and at least more than 2/3 of the population in 2-3 months’ time.”

Not satisfied with the affidavit filed by Badugu Deva Paulson, secretary (Home), Government of Uttar Pradesh, the court said that neither the required information, as mandated by its earlier order, was given nor compliance was made of its various directions passed earlier.

The court was unhappy with the affidavit as no information regarding the number of ambulances in the state or the meals provided to Covid patients of government hospitals were mentioned in the affidavit.

The court directed the state government counsel to apprise it as to how the state is managing Covid hospitals, requirement of oxygen, beds and lifesaving drugs and gadgets in districts of Bahraich, Barabanki, Bijnor, Jaunpur and Shravasti.

The state government was also asked to disclose in its affidavit the number of testing done in these places (urban and rural) and laboratory from where the testing was being performed.

The bench also expressed its concern about the vaccination of physically challenged persons and asked the government to apprise it as to how it proposes to inoculate such persons who cannot be brought to the vaccination centres and then those who cannot make online registration.

The court has fixed May 17, as the next date of hearing in the case. 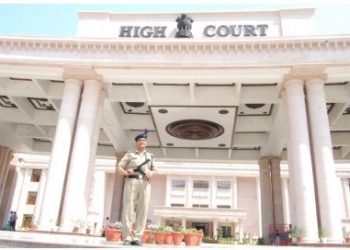 Allahabad HC seeks details of cyber crimes in UP