TN MSMEs appeal to govt for support to overcome crisis

The Tamil Nadu Small and Tiny Industries Association (Tanstia) has in a letter to chief minister M.K. Stalin, requested to wave off fixed charges for Low Tension Electricity connections and demand charges for High tension supplies during the lockdown period. 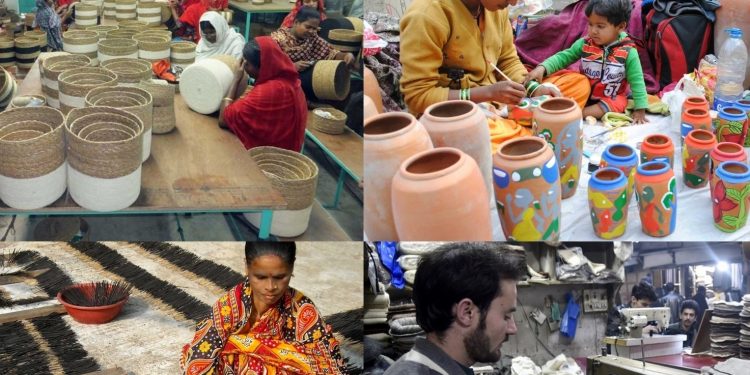 571
VIEWS
Share on WhatsappShare on FacebookShare on TwitterShare on Telegram

Chennai, (Aryavarth) The association of Micro, Small and Medium Enterprises (MSME) units across Tamil Nadu have written to the state and central governments for assistance and support to overcome the crisis they are facing due to the second Covid-19 wave.

The Tamil Nadu Small and Tiny Industries Association (Tanstia) has in a letter to chief minister M.K. Stalin, requested to wave off fixed charges for Low Tension Electricity connections and demand charges for High tension supplies during the lockdown period.

With the Tamil Nadu government enforcing stringent lockdown measures including preventing even two wheelers from plying on the roads, the MSME sectors are most affected, the letter to the Chief minister said.

The Tanstia in the letter requested the chief minster to lift the ban on two wheeler travel so that the workers will be in a position to reach to the units. It said that it cannot afford to hire buses and private four wheelers to transport the workers.

S. Anburajan, President, Tamil Nadu Small and Tiny Industries association in a letter addressed to the chief minister, said that soap and detergent manufacturers should be considered as essential industries as these products are used for hygiene purposes.

He also requested to provide working capital assistance from Tamil Nadu Industrial Investment Corporation at a subsidized rate for existing units which produce oxygen and other essential goods.

The Guindy Industrial Manufacturers association has also written a letter to union finance minister stating that more than 80 per cent of MSMEs would become Non Payment Assets (NPA) and would be forced to shut down if the government does not provide immediate support and assistance.

K.V. Kanakambaran, President of Guindy Industrial Manufacturers association, told IANS, “We have sent a letter to union finance minister, Nirmala Sitharaman stating the difficult times the MSMEs are facing and have mentioned that more than 80 per cent of the MSME units would turn into NPAs and would be forced to shut down if the government does not act with assistance and support measures.”

He adds, “We have also written to the Reserve Bank of India as well as to other lending banks and lead banks not to impose NPA norms on MSME units for a period of two years and to provide additional packages for restructuring the units.”

Tanstia president S. Anburajan also said that they have sent a letter to the union finance minister requesting the withdrawal of the Sarfesi Act or at least an exemption for units that have taken loans up to Rs 5 crore with immediate effect.

Anburajan while speaking to IANS said, “We have written to the Union minister for withdrawal of the Sarfesi Act or provide an exemption to units that have taken loans up to 5 crore rupees with immediate effect. We have also requested to the union government that ESI and PF for the lockdown period or for at least three months be paid by the government to prevent our industries from sinking and shutting shops. This will help the industry in great deal.”