A San Francisco federal jury made the award to former Tesla lift operator, Owen Diaz. “The verdict sends a message to corporate America that you need to make sure that racist conduct is not occurring,” Lawrence Organ, his attorney told media agency. 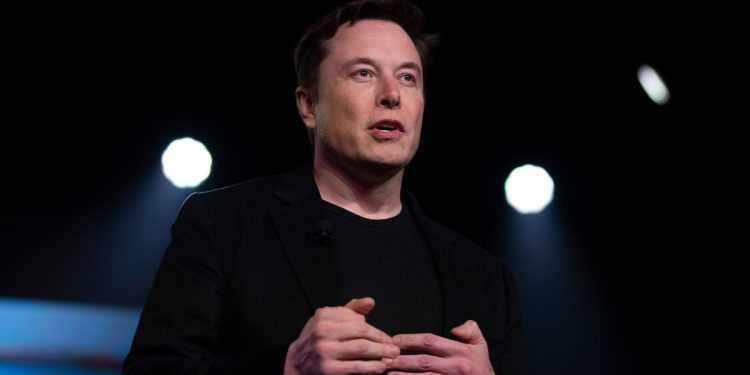 SAN FRANCISCO/BOSTON, Oct 6 (Agency) –  Owen Diaz, a former Black employee who accused Tesla of ignoring racial abuse he experienced while working at the company, is in for a payday. A jury ordered the electric car firm to pay him $137 million for the abuse he endured. Diaz alleged in a lawsuit that he was harassed and faced “daily racist epithets,” including the “N-word.

It took the jury four hours to agree with Diaz that Tesla had created a hostile work environment because they failed to address the racism he experienced, according to his lawyer. Most of the award—$130 million—was punitive damages for the company. The remaining $7 million was for the emotional distress Diaz suffered.

Between 2015 and 2016, Diaz worked at Tesla’s Fremont, Calif., plant as an elevator operator for about a year. He was repeatedly called racial slurs by his supervisor and co-workers, he claims. Diaz also says that his co-workers drew racist symbols and drawings around the plant and that Tesla did little to stop it.

The $137 million jury award over workplace racism against Tesla Inc has raised pressure on the electric vehicle maker whose shareholders will vote on Thursday on a proposal to review how it addresses similar complaints for full-time employees. The nonbinding shareholder resolution asks Tesla’s board to study the impact of the company’s current use of mandatory arbitration to resolve complaints of harassment and discrimination in its workplace. Tesla opposes the plan.

Diaz was able to face a public trial because contract workers were not subject to Tesla’s mandatory arbitration, which forces employees to resolve disputes outside judiciary courts. Tesla advised against the resolution because, it said, arbitration “benefits both parties with a fair resolution and a speedier return to their respective priorities without miring them in lengthy litigation.”

Imre Szalai, a law professor at Loyola University New Orleans, said such a verdict against Tesla would create “shaming and awareness” of problems at the company.

“The public becomes aware that Tesla needs to change and increases more pressure for the company, as opposed to confidential arbitration award that doesn’t get that much publicity,” he said.

Tesla arbitration agreements with employees and customers effectively bars them from publicly fighting in court disputes about pay, sexual harassment, race, disability and other kinds of discrimination, as well as product defects.

There are around 100 cases in U.S. federal and state courts where Tesla sought to compel arbitration including lawsuits against the company over employment, personal-injury, and contract matters, according to Reuters’ review of Westlaw case data.

“This will be alarming,” she told Reuters after the verdict. “That’s a huge brand risk for Tesla to have these cases.” Tesla’s clean-transportation credentials have made it a popular investment for Environmental, Social and Governance investors. “This has taken a lot of environmental investors by surprise and they’re not happy,” she said.

Nia Impact Capital has tried to sway major shareholder BlackRock Inc (BLK.N), whose funds voted against the resolution last year. BlackRock declined to comment. Tesla said that in the years since Diaz worked at the company it has added employees to investigate complaints and to promote equal opportunity.

In a blog post after the jury verdict Tesla Vice President Valerie Capers Workman wrote that “we will continue to remind everyone who enters the Tesla workplace that any discriminatory slurs – no matter the intent or who is using them – will not be tolerated.”

Still proxy advisory firms Institutional Shareholder Services (ISS) and Glass Lewis both have recommended investors support the proposal, as they did the similar proposal last year.