MUMBAI (Aryavarth) – India’s market regulator on Wednesday barred Future Group Chief Executive Kishore Biyani and his brother Anil from accessing the securities market for a year after investigating insider trading in shares of its retail firm Future Retail in 2017.

The Securities and Exchange Board of India (SEBI) said the two brothers traded in shares of Future Retail through a group company on the basis of unpublished price-sensitive information before a demerger of certain businesses of Future Retail that pushed its share price higher.

The SEBI investigation found that the Biyanis opened a trading account for an entity named Future Corporate Resources Private Limited, which traded in Future Retail’s shares before the demerger decision was made public.

The SEBI order said Biyanis and Future Corporate Resources “disputed that they have indulged in insider trading” but added that they did not make “any specific submissions regarding wrongful gains made by them.”

The affected parties plan to challenge the regulator’s order, Future Retail said in a regulatory filing late on Wednesday.

A spokesman the two Biyani brothers did not immediately respond to a request for comment.

SEBI also barred Biyani from trading in Future Retail shares for two years. Future Corporate Resources and the two Biyani brothers will each need to pay a penalty of 10 million rupees ($137,099) within 45 days, SEBI said.

Kishore Biyani is separately fighting a legal challenge from Amazon.com Inc over the sale of Future’s retail assets.

A court in New Delhi blocked Future Group’s sale of retail assets to Reliance Industries on Tuesday. Future has said its retail unit faces insolvency if the deal fails.

SEBI’s order, however, “would not pose a hurdle” to the deal with Reliance, Future Corporate Resources said in a separate press statement late on Wednesday. 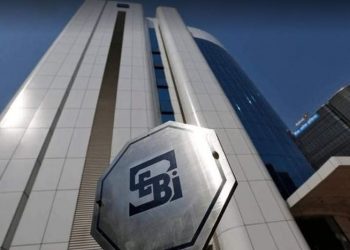