A discount of 5 per cent on haulage charge per 20-foot equivalent unit (TEU) is being given on loaded containers from August 4 to April 30, 2021, the official said. 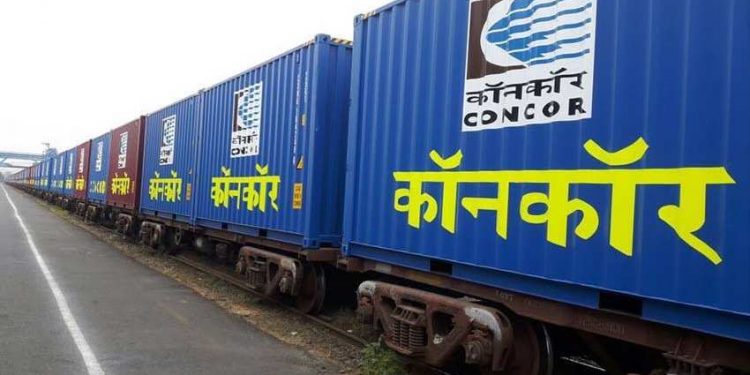 New Delhi, Aug 5 (Aryavarth): With an aim to boost economic activities in the country during unlock 3.0, the Indian Railways is offering a slew of incentives, including 50 per cent concession in terminal access charges for covered wagons, to boost freight traffic.

A Railway Ministry spokesperson said that its new policy measures will further boost the incentives for all suppliers to transport their goods through railways.

The railways has already surpassed the freight loading figures in August so far, adding that 8.64 million tonnes of freight had been loaded compared with 8.37 million tonnes during the corresponding period last year.

The official said that under the free-time relaxation for covered wagons, zonal railways are empowered to relax the free time up to double the normal free time and/or non-levy of demurrage/wharfage in case of covered stock up to September 30.

The official said that to boost the freight traffic, the railways has decided to give 50 per cent concession in terminal access charge on container traffic handled at Group-III Container Rail Terminals.

The Ministry has decided to not collect the stabling charges on container traffic from May 18 to October 31.

A discount of 5 per cent on haulage charge per 20-foot equivalent unit (TEU) is being given on loaded containers from August 4 to April 30, 2021, the official said.

The official said permission to accept road weighbridge weight figures to certain goods sheds of South Central Railway for loading granite-all documents and data to be captured in the system.

The railways has also decided to give a concession of 40 per cent for loading in open wagons covered with tarpaulin.