Accordingly, the report said economic conditions in India's manufacturing sector remained favourable in April, as companies scaled up production in line with a further improvement in demand. 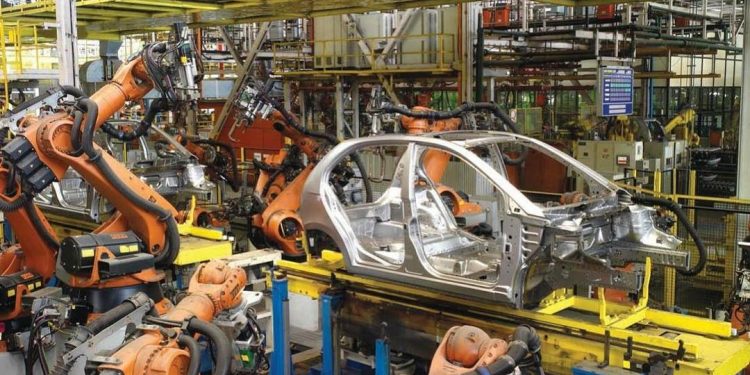 Manufacturing at a Tata Motors facility.

241
VIEWS
Share on WhatsappShare on FacebookShare on TwitterShare on Telegram

Accordingly, the report said economic conditions in India’s manufacturing sector remained favourable in April, as companies scaled up production in line with a further improvement in demand.

The PMI ranges between 0 and 100, with a reading above 50 indicating an overall increase compared to the previous month.

Besides, the report said consumer goods sector was the strongest-performing category, followed by capital goods and then intermediate goods.

“While output and sales increased at the slowest rates since last August due to an intensification of the Covid-19 crisis, there was a faster upturn in international orders,” the report said.

“Moreover, quantities of purchases expanded at one of the strongest rates seen for over nine years as firms sought to boost their inventories.”

Furthermore, survey participants signalled a steep increase in input costs, the quickest since July 2014, and upward revisions to selling prices.

“The rate of charge inflation climbed to the highest in seven-and-a-half years.”