Union Minister for Commerce and Industry, Consumer Affairs, Food and Public Distribution and Textiles, Shri Piyush Goyal, said that the world now sees India as an engine of economic growth. Today, he was addressing the gathering at the Vyapari Udyam iSammelan in New Delhi. 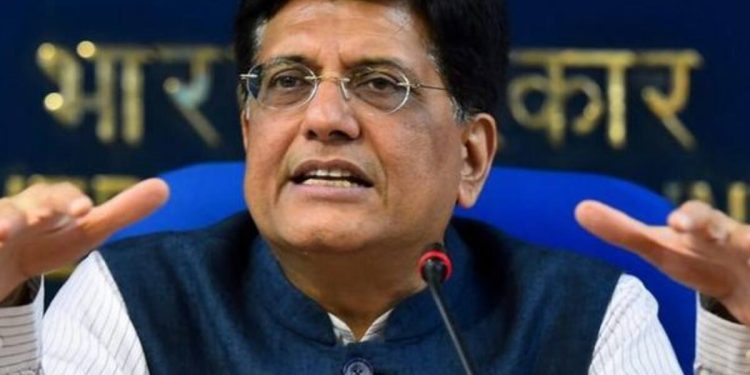 Bengaluru, 9 August (Aryavarth): Stressing that India enjoyed the world’s confidence today, Shri Goyal said that developed countries are keen to sign trade deals with India now. He added that before 2014, the Indian economy was considered fragile, and investors had doubts about doing business with India.

Stressing the need for transparency and ease of doing business, the Minister assured traders and entrepreneurs that the Government would fully support traders who raise their voices against harassment by any authority.

He called upon traders to work with the Government to reduce the compliance burden of people and businesses but asked that they strictly follow ethical trade practices. He added that unnecessary, cumbersome and counter-productive laws and regulations must be uprooted to improve the ease of doing business.

He asked traders to prioritise the quality of India’s goods and services. He also underscored the need to encourage youngsters to come forward and lend a youthful energy to India’s growth story with new ideas. The Minister said that the clarion call of ‘vocal for local’ given by the Prime Minister, Shri Narendra Modi, must be taken up by the nation’s youth. He added that we must also encourage more and more women to become traders and entrepreneurs.

Applauding Prime Minister’s academic welfare policies, Shri Goyal said that these policies have been helping the poor emerge as consumers and have successfully transformed India’s population into its greatest strength. He added that the Prime Minister’s tireless work had ensured that every household in the country gets access to basic amenities such as cooking gas, drinking water, electricity and toilet, and every village gets access to the internet. Shri Goyal said that the government’s policies had also given every Indian the courage to be ambitious and the confidence to aspire to become an entrepreneur.

The Minister also emphasised that traders and Micro, Small and Medium Enterprises (MSMEs) should benefit from the demand for goods by beneficiaries of the Prime Minister’s welfare schemes. He asked all traders, entrepreneurs, and businesses, both big and small, to take a collective resolve to work together to take forward the dream of a self-reliant India by promoting more and more Indian products.