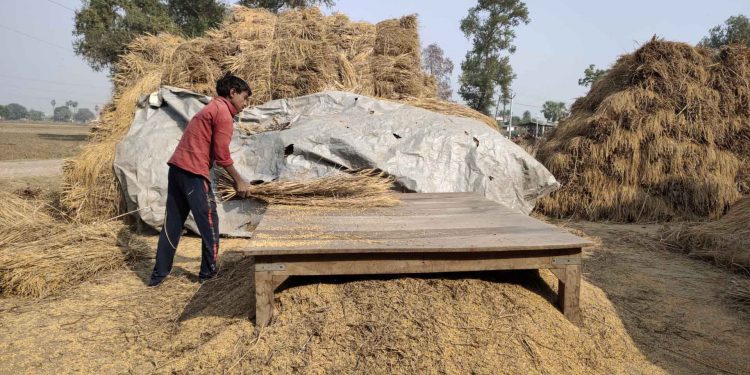 New Delhi, (Aryavarth) The Union Food Ministry on Tuesday said that a total quantity of 427.363 lakh ton wheat has been estimated for procurement during the forthcoming RMS 2021-22 which is 9.56 per cent more than the 389.93 LMT procured during RMS 2020-21 which will be a fresh record.

Madhya Pradesh, where arrival of fresh crop has already begun and procurement is to start in the second fortnight of this month, is estimated to procure 135 lakh ton. As per the statement of the Ministry, 130 lakh ton of wheat is estimated to be procured in Punjab while 80 lakh ton in Haryana. “Uttar Pradesh is estimated to buy 55 lakh ton wheat directly from the farmers at Minimum Support Price (MSP) fixed by the Centre at Rs 1,975 per 100 kg for the upcoming season 2021-22,” the statement said.