A senior ED official related to the probe told IANS, "We have registered a case of money laundering against Franklin Templeton and its senior officials." 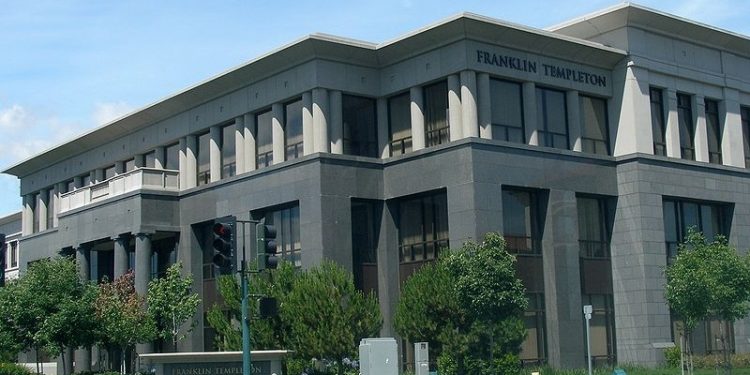 365
VIEWS
Share on WhatsappShare on FacebookShare on TwitterShare on Telegram

Mumbai,(Aryavarth) The Enforcement Directorate (ED) has registered a case of money laundering against Franklin Templeton and its senior officials.

A senior ED official related to the probe told IANS, “We have registered a case of money laundering against Franklin Templeton and its senior officials.”

The official said the agency registered the case on the basis of an FIR lodged by the Economic Offences Wing (EOW) of the Chennai Police.

Notably, the EOW of the Chennai Police had registered an FIR against the beleaguered Franklin Templeton Asset Management India Pvt Ltd and Franklin Templeton Trustee Services Pvt Ltd for hatching a criminal conspiracy to defraud three laky investors by causing wrongful loss to them and unlawful gain to themselves by committing various offences under the IPC.

The EOW registered the FIR after investigating a complaint filed by the Chennai Financial Markets and Accountability (CFMA), an investor protection group, and few others in May last year in the interest of millions of aggrieved investors of Franklin Templeton Mutual Fund (FTMF) whose over Rs 28,000 core was stuck because the fund house abruptly closed down its six debt schemes in April 2020.

A forensic audit of Franklin Templeton had shown that its officials sold their investments in mutual fund schemes just before their closure.

The FTMF’s investment strategy, code of conduct, redemptions before announcing the closure of schemes and the role of board members as well as trustees while handling risk had already been under the investigative scanner.

However, Franklin Templeton reached out to the unit-holders to vote on this matter in May 2020, before the matter became sub-juice and the voting had to be put on the backburner.

On October 24 last year, the Karnataka High Court, which heard all the cases pertaining to the matter, directed Franklin Templeton Mutual Fund to not proceed with the winding up of its debt schemes without obtaining the consent of its unit-holders. It clarified that the consent of unit-holders as per the regulations was to be obtained before going through the winding-up process.

Further, the Supreme Court allowed FTMF to initiate the process of meeting and taking votes of the unit-holders and get their consent on winding up of the six debt schemes.

The CFMA had urged the unit-holders of Franklin Templeton to vote against its decision to wind up the six debt schemes and advised them to keep in mind while voting that there could be a write-off of up to 20,000 core, if the winding-up was allowed to be proceeded due to the fraudulent practices of FTMF.

Finally, the Supreme Court told FTMF to distribute Rs 9,122 core among the unit-holders of the six schemes that were shut by the mutual fund house in April last year and said the unit-holders should be repaid in proportion to their respective share in assets of the scheme and the distribution of funds would be undertaken by SBI Mutual Fund as agreed by both Franklin Templeton Trust and the Securities and Exchange Board of India.