The pandemic does not allow people to go to crowded places. They will only undertake journey’s which are necessary. In such a situation, it may take 18 months to get everything back to normal 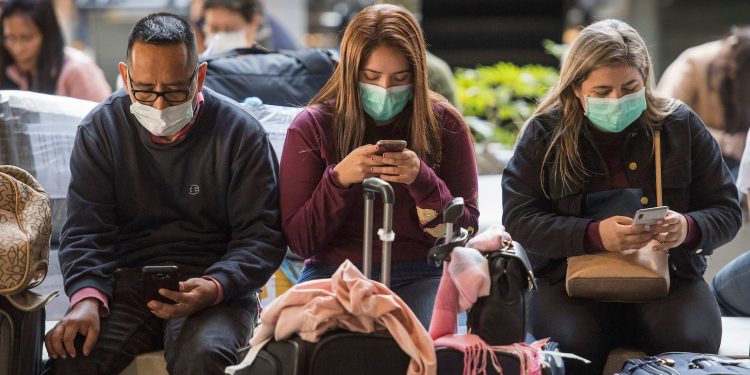 2.7k
VIEWS
Share on WhatsappShare on FacebookShare on TwitterShare on Telegram

Bengaluru, (Aryavarth). A month long Summer holiday at school is what most of the families with kids wait for. For most of them the yearly grand vacation plan is scheduled at this time.

Parents usually save their Day Offs to acquire a hefty holiday far away from the cacophony of daily life.In summer, people like to visit hill stations of the country. But this time the situation is not right. Many countries of the world, including India, have been under lockdown for the last one month. And because of this lockdown, there has been a great impact on the tourism industry all over the world. The lockdown caused by Corona has broken the back of all industries. But this lockdown has had the greatest impact on the tourism industry and even after the lockdown is over, there is no hope of relief for this industry. The world economy is in recession because of the coronavirus. India is also not untouched by this. To curb the growing influence of Corona, Prime Minister Narendra Modi first announced a lockdown of 21 days and then a lockdown of 19 days. These announcements have broken the country’s economy. It has damaged every sector of the country, but the tourism industry has suffered such a setback that it will take several years to recover. According to the Confederation of Indian Industry, the entire tourism industry will incur a loss of about Rs 1.58 lakh crore due to Corona.

Around 12.75 per cent of the people working in India are employed in the hotel and tourism industry. According to a report released on April 1 by Financial Services and Business Advisory firm KPMG, the lockdown in Corona is threatening 70% of the jobs in the tourism and hotel industry alone. Their number in statistics is up to 31 million. According to the World Travel and Tourism Council, about 9 million jobs are in a risky situation in the travel and tourism department in India at present. And if Covid 19 extends the lockdown or if travelling is banned for sometime, unemployment would increase nationally.. The reason for this is that around 12.75 percent of the country’s workforce works in the hotel and tourism industry alone. In this , 5.56 percent people were directly employed, while 7.19 percent people are indirectly connected with this business. The 2019-20 report of the Ministry of Tourism says that the tourism industry has given employment to more than 8 crore people.

Tourism industry on the verge of ruin

However, this industry is on the verge of complete ruin due to the lockdown. The condition of the industry has become worse due to the cancellation of tickets by railways and airlines. From February to May, this industry used to have the highest profit. People used to go out to relish their vacations, people used to come to India from outside, but now everything is ruined because of the captivity. Kashmir has suffered the most damage, where the ban on tourism after the removal of article 370 affected about one and a half million Kashmiri families and now they were trying to recover from it, but Corona appeared to break the back. As 5% of the country’s total GDP comes from the tourism sector , one can measure the intensity of suffering of the  Indian Economy owing to stagnation of the sector.The concern of this industry is also that even if this lockdown ends and the country regains its momentum, it will still take more time than others to stand up. Until the corona is over, people will be afraid to move around, avoid traveling, travel abroad only when it is absolutely necessary, and insist on collecting money for the future instead of vacationing. All these are not good signs for the tourism industry.

Many other ancillary industries also affected

Many more sectors are also directly connected to the tourism industry. Such as travel, hotels and restaurants. Now about 7 million people are directly involved in the business of restaurants. When the lockdown ends, the restaurant will have to start from the beginning. In the beginning, if the business is sluggish, then about 15 percent of the jobs are expected to be affected. Apart from this, the hotels have also suffered a lot. According to a PTI report, Patanjali G. Keswani, MD and chairman of Lemon Tree Hotel, says that by the end of February and beginning of March, hotels across the country were up to 65-70 per cent full, but as the corona became catastrophic booking of hotels started getting cancelled. After the lockdown, the situation has become such that many hotels are now on the verge of closure. Even after the lockdown is over, they will not have enough money to run the hotel.

What do the figures say?

According to the Confederation of Indian Industry, large hotel groups will incur a loss of about Rs 1.10 lakh crore due to the lockdown. Online travel agencies will incur a loss of about Rs 4,312 crore. Tour operators will incur a loss of about 25,000 crores, adventure tour operators about 19,000 crores and cruise tourism about 419 crores. According to data from the Union Ministry of Tourism, the industry is expected to suffer a loss of around Rs five lakh crore in total. To compensate for this loss, the government can give soft loans and also make some concessions to repay the earlier loan. For example, the Reserve Bank has given a three-month concession to repay the loan, but it will take more than three months for such a large industry to stand up and earn money to repay the loan again. In such a situation, this industry is seeking some more concessions from the government. According to the Confederation of Indian Industry, this industry will not have the cash flow before the beginning of November 2020 and if everything goes well, then in early 2021, this industry will be able to stand again.

In countries like India, the tourism industry caters jobs to millions of people. Tourist movement remains throughout the year. Not only international but domestic tourists keep the work going in  every season. According to a report, there are around 1 lakh tourist guides across the country, whose livelihood depends entirely on the tourists. The number of tourist guides licensed by the central government is around three thousand five hundred. At the same time, there are 4-6 thousand tourist guides licensed by the state governments in different states. According to online travel agency Trip Advisor, October to March is important for the travel industry. India gets around Rs 3 lakh crore from the domestic tourism industry during the peak season. At the same time, the country’s revenue from foreign tourists is around 28 billion dollars, of which 80 percent of the business is only in October to March.

Anil Verma, an expert in the tourism sector, explains, ‘We know that social distancing is the only effective way to avoid an epidemic. No vaccination has yet been done to prevent infection. In such a situation, people will avoid traveling even after the end of the lockdown. The pandemic does not allow people to go to crowded places. They will only undertake journey’s which are necessary. In such a situation, it may take 18 months to get everything back to normal. ‘