Corbevax is to be made by Hyderabad-based Biological-E is a protein sub-unit vaccine. It was developed by Texas based two scientists Peter Hotez and Maria Elena Bottazzi, with almost little help from the big people or governments of the world, or even from the WHO of the United Nations, that has been lamenting inequitable supply to poorer nations serving the warning if anyone anywhere is unsafe, everyone everywhere is unsafe. 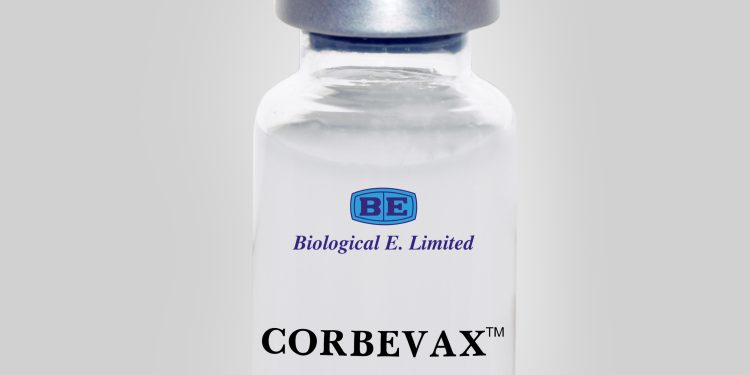 HYDERABAD, (ARYAVARTH) Corbevax the vaccine for COVID-19 in a new hope. It is cheapest and hence most affordable, paving the way for equitable supply of the same to the have-nots of the world. When it headed from USA to India, newspapers like the Washington Post of the USA, and the Guardian of the UK carried articles, and now it has been approved by India at the fag-end of December for emergency use, and the Indian Company Biological-E would be producing it. It is here India has a big role to play without caring for the profit making lobbies who might not want such a cheap option available to the people. Equitable and affordable vaccine to all across the world must be secured now, since it may rescue the world.

India has ordered for 300 million doses after giving emergency use approval and the India’s Biologica-E will be producing 100 million doses a month. It is here our country may play greater role in rescuing the world by producing and supplying the same at affordable price, which presently costs only about $1.50 per dose, Rs 112 in Indian currency. According to the latest information on public domain, even Government of India was spending Rs 225 per dose for Covaxin, and Rs 215 for Covishield per dose. The cost of Pfizer and Moderna’s vaccines are anything between $16 per dose (Rs 1,190) to $20 (Rs 1,487) per dose depending on the quantity of purchase. Due to such an exorbitant cost the COVID-19 vaccines could reach the poor countries only in little quantities while the richer countries are providing even booster doses for their population.

Corbevax is to be made by Hyderabad-based Biological-E is a protein sub-unit vaccine. It was developed by Texas based two scientists Peter Hotez and Maria Elena Bottazzi, with almost little help from the big people or governments of the world, or even from the WHO of the United Nations, that has been lamenting inequitable supply to poorer nations serving the warning if anyone anywhere is unsafe, everyone everywhere is unsafe. The scientists developed their vaccine with minimal help from the US government. It was developed with only $7 million from mostly private investors, and one of the big early investors was Austin-based Tito’s Vodka, which donated $1 million in May 2020. This low cost vaccine is now made available to the world. It is patent free, travels with ease and does not require deep refrigeration, which makes it easy to reach even the remote and undeveloped corners of the globe.

The Hyderabad-based Indian biotechnology and biopharmaceutical company Biological-E has said that the vaccine will provide ‘sustainable access to low-and-middle-income countries. The beauty of the India vaccines is that the company has produced the country’s first locally developed COVID-19 vaccine in partnership with the Texas Children’s Hospital Centre for Vaccine Development at Baylor College of Medicine.

The company have already produced over 150 million doses and would produce 100 million doses each month beginning in February. It expects to produce about one billion doses by the end of 2022. “The vaccine will be effective both in scale and affordability, providing sustainable access to low and middle income countries,” the company has said.

The development process of Corbevax involves yeast and the coronavirus spike protein the patentless formula of which was shared by Texas Children’s Hospital scientists Drs Peter Hotez and Maria Bottazzi, and that made it possible for the Biological-E to produce the recombinant protein sub-unit vaccine.

When this new coronavirus vaccine developed by a small team in Texas headed to India it expected nothing. At a time when the pandemic offered an opportunity for the vaccine developers for earning billions of dollars in profit, the two scientists offered the vaccines to the word with no intention of earning money. “We’re not trying to make money,” said Peter Hotez to the Washington Post. “We just want to see people get vaccinated.”

This “second generation” coronavirus vaccine has been licensed to Biological-E through a commercialization team at Baylor College of Medicine in Houston, where both the scientists who developed the vaccine work. Both the scientists personally won’t get a penny from it, but their employer Baylor College will get a small fee. The development of this vaccine was the result of the ambition to create a low-cost, open-source alternative to expensive and limited-supply mRNA vaccines for developing and under vaccinated countries.

Both the scientists have shared their knowledge and know-how to India, but it won’t stop here, because they are talking to other manufacturers around the world and have now even consulted with the WHO. India, and also the WHO now, must carry forward the mission of these two scientists in achieving hundred per cent inoculation of the people of the world. And it would be easier, for manufacturers all over the word to produce their own versions of this vaccine, since it uses older recombinant protein technology that has already been in use by large number of vaccine producers, rather than newer and potentially more complicated modern technology. India and the WHO must rise to the occasion to rescue the world. India needs this vaccine not for its own people – and all the people of the world are our own people as the ancient philosophy of this country “Vasudhaiva Kutumbakam” (all the people of the world are our own).