He said that this fridge can also be transported easily.The manufacturing cost of one fridge is around Rs 5-7 lakh. 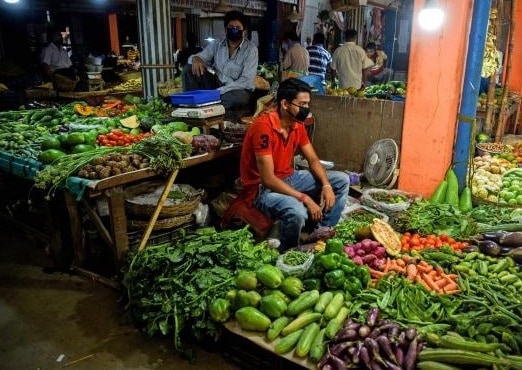 New Delhi,  (Aryavarth) The Indian Agricultural Research Institute (IARI), which helps to increase the production of agricultural produce in the country through its research, is now working on preservation of these products too. The institute has made a refrigerator – Pusa Farm Sun Fridge – which can preserve up to two tons of fruits and vegetables.

IRAI Director Dr A K Singh in an interview to IANS said that almost 30-40 per cent of vegetables and fruits and almost 10 per cent of the total agricultural produce go to waste in the country. “If these products are been preserved properly then we will not only be able to increase the production while can also help the farmers in doubling their income,” he said.

Talking about the utility of the fridge, Singh said: “Two tons of vegetables, fruits and flowers can be preserved in the fridge which works on solar energy. During the day, the ACs are powered by solar energy while in the night cold water is circulated on its roof which maintains the temperature between 4-12 degree Celsius so that the products can be preserved in a better way.”

He said that this fridge can also be transported easily.

The manufacturing cost of one fridge is around Rs 5-7 lakh.

Talking about the potential for exports, Singh said, “There is a huge potential for the export of fruits and vegetables from the country and for this the institute is working towards developing a variety which can be exported regularly. New varieties of mangoes with coloured peel and less sweetness – Pusa Manohari and Pusa Deepshikha – have been developed for the same as they can be preserved for more days. Soon saplings of these varieties of mangoes will be provided to the farmers.”

Talking about the issue of burning parali, the IARI Director said that the Pusa Decomposer developed by the institute will help in getting rid of this problem, as this will decompose the parali in 25 days.

He also talked about a liquid biofertilizer – Sampoorna – developed by Pusa which will help in enhancing the fertility of the land by increasing the level of potash, phosphorus and nitrogen in the soil.

Singh shared information about the new varieties of paddy and wheat developed by the institute and said that the new varieties of all the crops, agricultural technologies and innovation will be displayed in the three-day Pusa Krishi Vigyan Mela. The farmers can visit the exhibition, scheduled for February 25-27, online also.

Singh said that the theme of the exhibition will be Aatmanirbhar Kisan and we will try to explain, in a special session, how agricultural activities can be made beneficial with the use of technology.