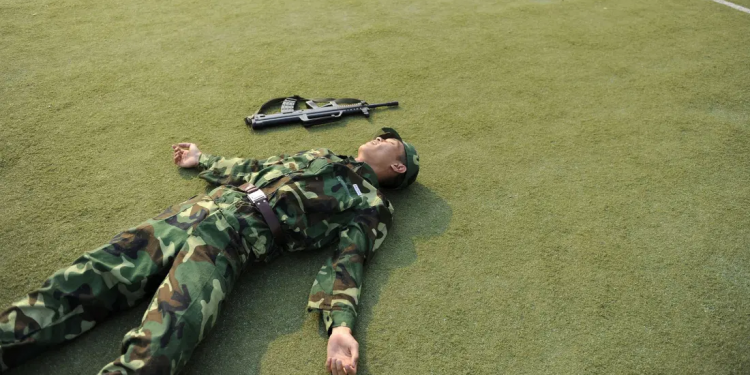 There have been many incidents in the western Theater command, where soldiers are refusing to sleep alone in their beds, two to three soldiers are sleeping in one bed, to give comfort and security to each other.

Many have reported that they hear Indian voices when trying to sleep, the situation is so bad that the soldiers are refusing to go to the toilet all alone, two soldiers go together and hold each other’s hands while passing motion or urine.

The Chinese soldiers are generally feeble, small and not so fit. In addition, most Chinese PLA men suffer from low morale due to the high prevalence of male impotency and the small size of the male organ in their community. In China, experts say, this is one of the reasons, they consume a lot of live animals like bats and insects.

Chinese Military personnel on the border are very afraid of Indian soldiers after the Galwan clash; they saw their men being chopped by brave Indian soldiers without any arms. The western theatre command did not even publicly acknowledge the death of its sixty soldiers, demonstrating the imperial mindset of Xi, who thinks Chinese people are fodder for his ambition.

By taking control of the Black Top, Helmet and Reqin La heights, besides the finger four, the Indian Army has strengthened its position around the Pangong Tso area in eastern Ladakh. The Indian soldiers occupying strategic heights gives them a distinct advantage over their opponents. The Chinese will now find themselves struggling to observe the Chushul-Demchok road. Indians are also far better trained than the Chinese when it comes to mountain warfare.

The last war in 1979 was disastrous for China, Vietnam beat them badly, and it is said captured soldiers were made to crawl like dogs and howl. Reportedly, many soldiers are afraid that they will be no match for the Indian Army, which is battle-hardened.

The Indian soldiers are born tough. They generally come from rural backgrounds and are then trained hard after joining the defence forces. They are trained hard and always follow the dictum: “The more you sweat in peace, the less you bleed in war…” They master the art of mountain, desert, jungle and guerrilla warfare. They go through the fire and are ready to face the enemy in any theatre of war. On the contrary, the Chinese soldiers come from comparatively financially affluent and urban families who have led a comfortable and luxurious life before being asked to enrol in PLA. Such men are not fit for fighting a war.

Also, the present generation of youth enrolling in PLA comes from the era of the one-child norm. The single child usually is a pampered one too. However, they have no option but to join the PLA under duress. They are unwilling soldiers who are marking their time and waiting for the day when they will be permitted to leave the armed forces of China and go home after completing their tenure of four to five years.

The mere thought of dying in a remote place, far away from their family, sends chills down their spines. How can they even match the Indian soldiers in whose veins flows the patriotic blood and who are always ready to sacrifice their life for the country and their regiment/battalion? Their salutation is ‘Jai Hind’ which means victory to India.

Many PLA soldiers are learning to speak Hindi so that they can beg forgiveness from the Indian Army, and be spared from fighting or being captured. Few are said to be learning to crawl like dogs and howl, because they think, if they act like a dog, they will be seen as mentally unfit and the generous Indian Army will not fight with them.

It is said, many Chinese military people are overeating to get diarrhoea so that they can be admitted to a hospital and avoid facing the Indian Army.

Many are cursing the corrupt party leader Xi for making them fodder for his ambitions. In some time a full revolt by PLA against the CCP cannot be ruled out.

This is a satirical piece on China by Aryavarth 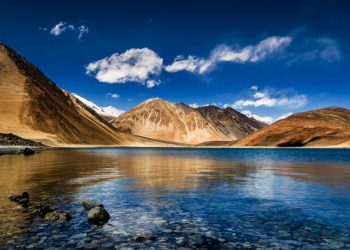