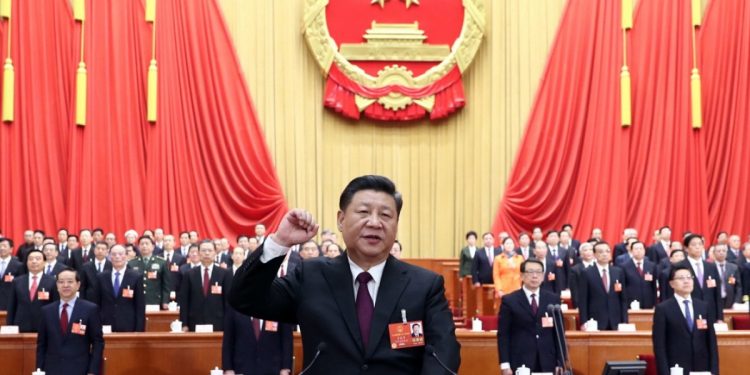 66
VIEWS
Share on WhatsappShare on FacebookShare on TwitterShare on Telegram

Bengaluru(Aryavarth): Confucius Institutes are packaged as a cultural initiative. The truth is that they are political organizations to further the agenda of the Chinese Communist Party by enlisting young students across the world to fulfil china’s dream of global conquer. Confucius Institutes are China’s propaganda machines that export China’s ideology that is against democracy and advocates a military-style government with Emperor Xi at the helm.

“While the cover of the Confucius Institutes is primarily language and cultural training, they fit into a large framework of scores of other things they are doing in foreign countries, including in Australia — things like spying, which is massive and we know most of it is coming from China.”

Ross Babbage. Ross now runs the Strategy Forum, that advises governments and business on security challenges. He is the former head of strategic analysis at the Australian Office of National Assessments and Security.

These undercover Chinese Confucius institutes are run by the Hanban, a Chinese body under China’s Ministry of Education. The Hanban is clouded by the officials of the Chinese Communist Party. The other university program of China, 1001 Talent program was also started as an academic exchange initiative. Many years later, U.S. has found evidence that it is being used to steal I.P. secrets and spying for the Chinese Communist Party.

Human Rights Watch said in its 2019 report on China: “Confucius Institutes are extensions of the Chinese government that censor certain topics and perspectives in course materials on political grounds, and use hiring practices that take political loyalty into consideration.” At the minimum, this global spy network is across 162 countries, and there are 550 Confucius Institutes and 1,172 Confucius classrooms at primary and high schools. The Chinese state propaganda is brainwashing more than 100 million people through these networks.

Is China waging a proxy war against India through these institutes?

Last week, the Indian Government put these Chinese institutes under a review. The local chapters of Confucius institutes in India and agreements between Indian and Chinese institutes are now under scanner. The list on Government’s radar covers seven local colleges and universities, and 54 Memoranda of Understanding (MoUs) signed between prestigious  India educational institutions, including the Indian Institute of Technology and Banaras Hindu University. Around 20 Indian universities are offering Chinese language courses. Prominent universities that continue to provide their university as a launchpad for Chinese influence are the University of Mumbai, which set up its Confucius Institute in 2013, and the Vellore Institute of Technology, which started a Chinese Language Centre in 2009.

Educational programs in India that are funded by the Imperialistic Chinese Government should not be allowed to continue as they would continue to incite anti-India sentiments in colleges and fund banned communist party outlets. The program is like inviting them to create a spy network in India, by first grooming students and professors to their philosophy. The Government should investigate the links of Chinese to institutes, which suddenly have become a hotbed of anti-establishment activities.

In the United States of America, prestigious colleges like Pennsylvania State University and the University of Chicago, have already cut ties with the institute after the professors complained, its programmes were Chinese propaganda wrapped in culture and language education. The University of Massachusetts in the U.S. has closed down the institute too, due to academic freedom and censorship issues. Confucius Institutes have also been closed at universities in the U.S. states of Texas, North Carolina and Michigan.

In Europe, Sweden has closed all Confucius Institutes in the country in May 2020, and The Swedish decision was said to have been taken due to security implications and human rights violations by the Chinese Government.

In October 2019, Belgian security services accused Song Xinning, former head of the Confucius Institute at Vrije Universiteit Brussel (VUB), of working as a recruiter for the Chinese intelligence. De Morgen, a Belgian newspaper reported that VUB had closed eyes to the early warning from the Country National security agency about the Confucius institute’s activities. Song Xinning, the Chinese spy bot, was subsequently barred from entering the Schengen Area – comprising 26 European countries – for eight years.

In Germany, the University of Hamburg in Germany is reportedly shunting out with the Confucius Institute (CI) by the end of this year. The primary reasons for this harsh actions are to reduce the risk of political influence and information being leaked to China. Heinrich Heine University Dusseldorf had ended its ties with Confucius Institute Headquarters in 2016 itself due to firm control of CCP on the program.

U.S. Congressman Anthony Gonzalez is among the many U.S. Lawmakers who are questioning the rationale of Chinese-government funded cultural and language exchange programs at American universities. “Nearly every aspect” of their operations in U.S. schools, including veto authority over events and speakers are held with the Chinese Government, says a report released last year by an investigative subcommittee chaired by Ohio GOP Senator Rob Portman.

“As an educator, I understand the importance of academic independence and integrity in our institutions of higher learning. But through Confucius Institutes, the Chinese Government is often able to coerce schools to follow a pro-Chinese Communist Party approach,” said a statement from Shalala, who formerly served as president of the University of Miami.

Unless the Government of India is happy with CCP’s plan to tighten grip on Indian institutions, they should move immediately to ban Confucius Institutes from operating on university campuses.