With mild trepidation, I dialed Dilip Saab's number - and he personally answered. I reeled off my questions in a single breath, and he started his replies.

Mumbai,(Aryavarth ) It was at the peak of the Mumbai riots of 1992-1993 when my boss at The Indian Express, D. K. Raikar (now, Group Editor, Lokmat Media Pvt. Ltd.), saw that I was ‘underemployed’ and called me.

With mild trepidation, I dialed Dilip Saab’s number – and he personally answered. I reeled off my questions in a single breath, and he started his replies.

There was a long pause, a short sentence, another long pause, a brief reply, one more long halt and a tiny reaction, each word measured before he uttered it. And so it went on for an hour.

In between the mega-pauses, a couple of times when I couldn’t even hear him breathe, I would blurt out anxiously: “Dilip Saab…?”

And he would shoot back in chaste Urdu: “Intezar kijiye. Main aapse mahve guftagu hoon!” (I am with you, please wait!). I almost fainted.

After a weary hour, the marathon call ended, and I secured five or six sentences of invaluable, well thought-out reactions.

As I replaced the warm receiver, Raikar mischievously remarked: “So, you got a full-fledged interview, huh?” I just smiled and trudged back to my workstation.

That was the legend – Dilip Kumar, who had a phenomenal rise from the son of a Pathan horticulturist to canteen manager to India’s first and ever-green superstar adored across generations, besides being a shining example of a great actor, good human being and an intellectually sensitive person.

The death of the ‘Tragedy King’ has orphaned his teary-eyed kingdom of fans, followers and admirers, both in India and abroad. The much-revered Koh-i-noor (Mountain of Light) of Mumbai’s film industry has stopped glowing forever.

Born to Lala Sarwar Ali Khan and Ayesha Begum on December 11, 1922, Mohammed Yusuf Khan was one of 12 children. His father owned orchards in Peshawar, then a part of undivded India, and Nashik, was fondly groomed to take over the family business.

The tall, fair, dreamy-eyed handsome boy, who went to school at Deolali, the military cantonment town in Nashik, however, was impatient to script a different story for his life.

Later, the Khans shifted to Chembur in Mumbai, but in 1940, following differences with his family, he walked out of home and went to Pune, where he became a canteen contractor at the local army club.

In 1943, Devika Rani, owner of the famed Bombay Talkies, took a snack break at the canteen and was impressed by the courteous behaviour of the young Khan and asked him if he would like to act in films. He said he would, if his “father permitted”.

A few months later, after saving Rs 5,000 (a fortune in those days), he returned home to assist his father with the family’s finances. When he broached the subject of a career in films, his father quietly but firmly said: “NO.”

Undeterred, the young Yusuf Khan approached his father’s old neighbour from Peshawar, Prithviraj Kapoor, who was by then a well-known actor, for help.It was only when Kapoor intervened that the senior Khan reluctantly relented.

Devika Rani kept her word, asked him to change his name to ‘Dilip Kumar’, offered him a job as an actor on a magnificent monthly salary of Rs 1,250 and cast him in ‘Jwar Bhata’ (released i 1944).

The film was a dud and it seemed as if the newly rechristened Dilip Kumar’s starry ambitions would come crashing down. Two subsequent films, ‘Pratima’ and ‘Milan’ (both in 1945), featuring the fledgling actor, also flopped, but neither Dilip Kumar, nor Devika Rani gave up.

Finally it was ‘Jugnu’ (mid-1947), where he paired with the legendary singer-actress Noorjehan, that gave Dilip Kumar’s career the push it needed. The young silver screen pair, who played college friends, became the heartthrobs of millions and the film grossed over Rs 50 lakh by the time India became Independent.

Post-Partition, Noorjehan migrated to Pakistan and Dilip Kumar continued in Mumbai. He gave other mega-hits such as ‘Shaheed’ and ‘Mela’ (1948), ‘Shabnam’ and ‘Andaz’ (1949), the latter with the formidable pair of Raj Kapoor and Nargis.

“He had this royal persona, always smiling but rarely guffawing, composed and soft-spoken. He chose each word carefully before uttering it, even as his audiences remained mesmerised. He grew in popularity and stature with each film,” the head of Tina Films International, the 94-year old but sprightly A. Krishnamurthi, said in a conversation.

An old friend of Dilip Kumar, Krishnamurthi made it a point to visit and greet the superstar every year on Eid. “Though in recent years, he failed to recognise even me, he would quietly stare at me, and grip my hand tightly for long, without a word, as Saira Banu hovered around caringly.”

“He developed flawless acting skills, infused realism into every role in that informal era, attempted perfection in every shot/scene, and left an everlasting impression on the viewers, both with his dialogues and expressions. He was an institution of drama and a textbook of acting,” Burman added.

Citing an example of how he would immerse himself in each role/character, Burman remembers how Dilip Kumar arrived on the sets of ‘Kohinoor’ with bandaged fingers. The reason? He had hurt himself while practising to play the sitar for the immortal song, ‘Madhuban me Radhika naache re’ (sung by Mohammed Rafi).

Dilip Kumar has left an indelible mark on the Hindi film industry. The Koh-i-noor may not be physically around, but it will shine bright in our hearts and memories. 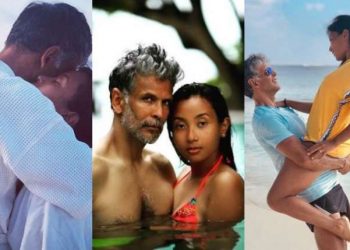 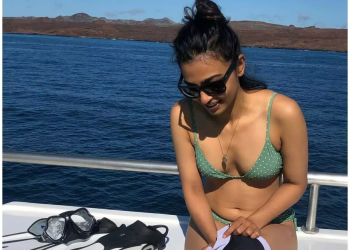